DragonSpeed set the pace on the final day of the pre-Daytona 24 Hours test, through Ben Hanley

Hanley turned a 1m38.343s in the team's ORECA-Gibson 07, the fastest of the three Roar Before the 24 days, after Neel Jani led the way on days one and two for Rebellion.

"We've had a great three days and just about had every weather condition, so it's good preparation for the race," Hanley, who will team up with Nicolas Lapierre, Loic Duval and Henrik Hedman said.

"The first day it was nice and warm and then we had some rain and then it turned cold for the night session.

"It's been a great experience for myself and the team.

"This is our first time here, so it was just about getting experience, learning the passing places and how busy the track is going to be in the race. It's going to be challenging."

The best of the Cadillac DPi-V.Rs was fifth, with a time set by Joao Barbosa for Action Express Racing.

The 12-car Prototype class was covered by 1.3s, with the Extreme Speed Motorsports' Nissan-powered Ligiers propping up the field in their public debut. 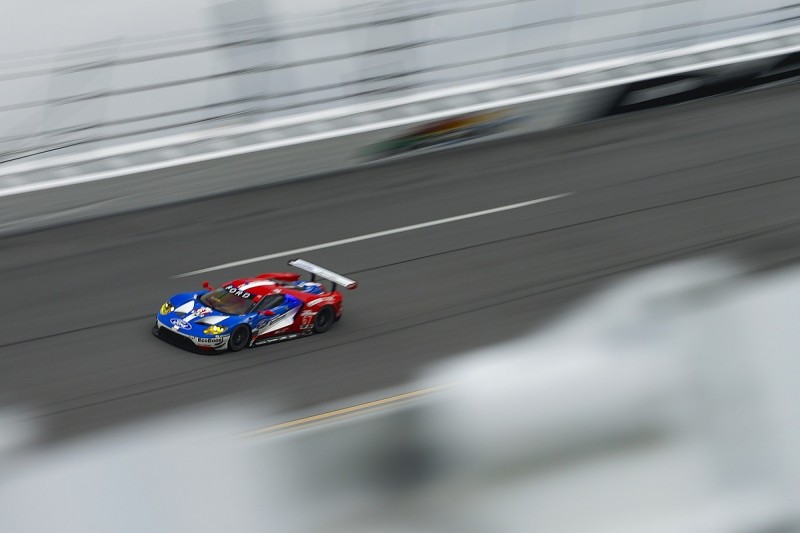 Ford finished the three days with a one-two in the GT Le Mans class, with Ryan Briscoe's 1m44.380s a quarter of a second clear of former IndyCar team-mate Tony Kanaan.

BMW Team RLL and Risi Competizione Ferrari filled the next two places, while Corvette's programme finished early on Sunday following a massive engine-bay fire in the #4 entry with Marcel Fassler behind the wheel.

The IMSA SportsCar Championship season opener, the Daytona 24 Hours will be run on January 28/29.