Johnson had taken over from Kamui Kobayashi in the #48 after 8h40m, and had pulled out a 19s lead over van der Zande.

The gap became six seconds once the pitstop cycles had shaken out, and van der Zande hunted down the lead Cadillac and started applying the pressure to the NASCAR legend.

IndyCar aces Sebastien Bourdais (JDC Miller Motorsports) and Scott Dixon (Chip Ganassi Racing) put on a fascinating battle for the lead soon after they took over their Cadillacs from Tristan Vautier and Kevin Magnussen respectively, in the fifth hour.

Finally, just before the start of the sixth hour, Dixon slipped into the lead and Bourdais pitted to hand over to Loic Duval..

Later, following a fifth caution to retrieve a broken-down Lamborghini at the 6hr45min mark, Duval, Kobayashi and Dixon were engaged in a fantastic three-way all-Cadillac battle.

This became a duel when Duval was judged to have jumped the restart and was given a drive-through pit penalty.

Kobayashi outbraked Dixon to briefly take the lead but Dixon soon retaliated and started pulling away from the Japanese driver who has won the last two Rolex 24s.

As a result of Duval's miscue, Helio Castroneves established the Wayne Taylor Racing Acura ARX-05 in third at the seven-hour mark, before handing off to fellow IndyCar ace Alexander Rossi. 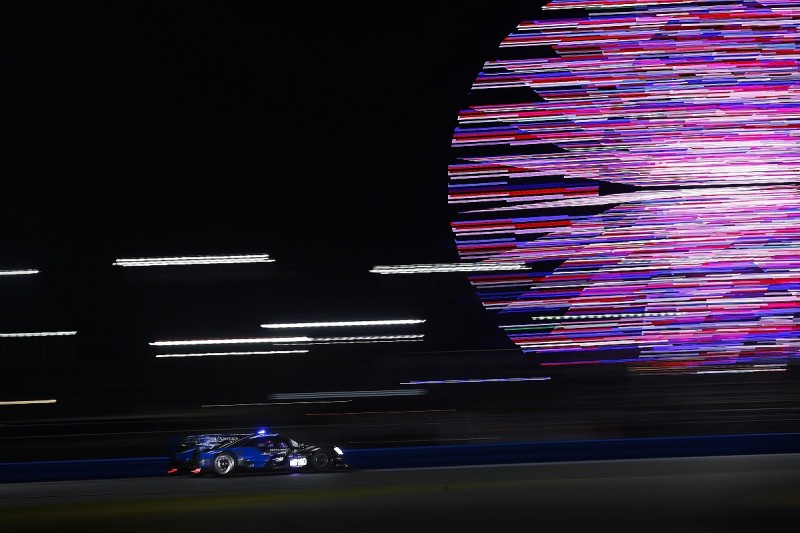 The similar car of Meyer Shank Racing took fourth at the restart as AJ Allmendinger passed Felipe Nasr in the #31 AXR Cadillac, although Nasr reasserted himself after a dozen laps.

Duval ran sixth, post-penalty, 45sec off the lead while Oliver Jarvis was lap down in the Mazda RT24-P. Following their 14th stops, Tristan Vautier who took over from Duval, was 65sec from P1.

In LMP2, Tower Motorsport by Starworks and WIN Autosport were engaged in a spirited duel, with Thomas Merrill in the WIN car with a 45s edge once Timothe Buret made his 10th stop.

Antonio Fuoco in Cetilar Racing's Dallara and Ryan Dalziel of Era Motorsport were also having a close battle but were almost a lap down. However, Paul-Loup Chatin, taking over from Dalziel, went off track at Turn 5 and cruised back to the pits and behind the wall.

Muehlner Motorsport's Kenton Koch led LMP3 ahead of the Sean Creech Motorsport entry, driven well by its Bronze-rated driver Lance Willsey before he handed off to former IMSA champion Joao Barbosa, and Stevan McAleer took control of the Muehlner machine.

The gap was half a minute at the end of the ninth hour, while Oliver Askew was third, a lap down in the #74 Riley Motorsports entry.

Davide Rigon in the Risi Competizione Ferrari 488 remained within 12s of the American cars after the restart and pulled away from Timo Glock and John Edwards in the two BMW M8s. 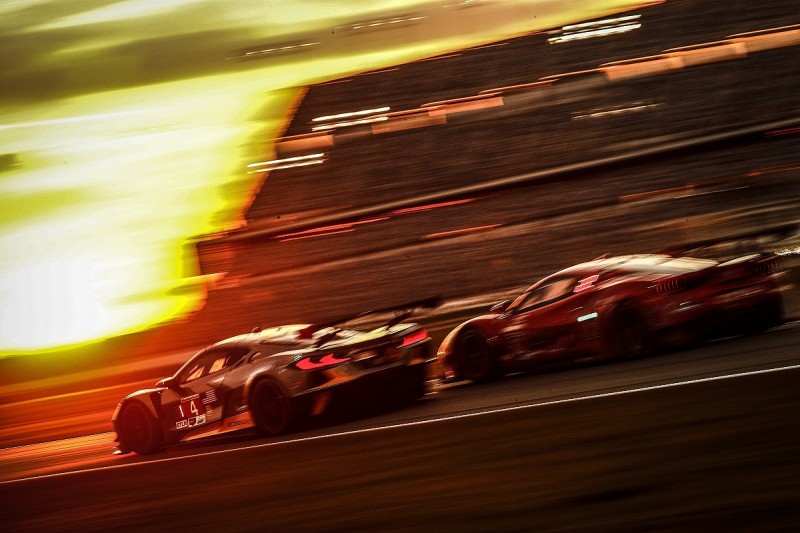 Caldarelli then made way for Corey Lewis in the Lamborghini, as they were pursued at an increasing distance by two Porsche 911 GT3 Rs - Zacharie Robichon of Pfaff Motorsports and Jan Heylen in the Wright Motorsports machine - with Jack Hawksworth steering the Vasser Sullivan Racing Lexus RC F.

Heylen was a further 10s in arrears, while Aaron Telitz had moved the Vasser Sullivan Racing Lexus RC F. ahead of Zacharie Robichon's Pfaff 911.

Russell Ward in the Winward Racing Mercedes-AMG GT3 and Ian James' Heart of Racing Aston Martin Vantage made it six manufacturers in the top seven spots.

Richard Westbrook's TF Sport Aston soon began pressing James for Aston preeminence, and passed the HoR car for seventh at the end of the eighth hour, and took very little time to catch up with the Sun Energy1 Mercedes and move into sixth.

The next round of stops was started by Wright Motorsports, and Heylen jumped ahead of Robichon in this pitstop exchange, but neither of them - nor anyone else - appeared to have an answer to the AF Corse Ferrari.

Sun Energy had jumped Marciello back ahead of Westbrook, but it didn't take the former GTLM star long to draw up onto the tail of the Benz.

The #19 Grasser Racing Lamborghini expired on track with flames from its engine bay, causing the fifth full course yellow.