Fittipaldi turned a lap of 1m38.630s in the morning session in near freezing, windy conditions.

In the first official test for the United SportsCar Championship's merged format, the quickest LMP2 car was just over a second off the pace as Extreme Speed's HPD ARX-03b went fifth overall with a 1m40.006s.

Both varieties of prototype were below the track qualifying record of 1m40.099s set during the Grand-Am's DP era.

IMSA officials confirmed the three-day test would be used to make one final Balance of Performance adjustment with weight and air restrictors prior to the Daytona race.

"It was interesting to see a bunch of different cars at different speeds," Fittipaldi of the new four-class USC format. "We've been used to racing just two classes here."

Colin Braun drove CORE Autosport's entry to the quickest lap in the spec Prototype Challenge class with a 1m42.468s. 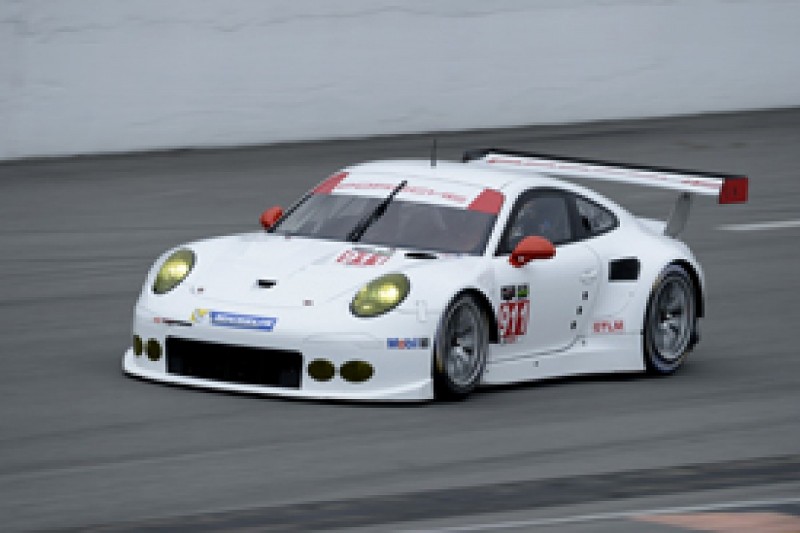 CORE was also quickest in GT LM, where Nick Tandy set a 1m45.564s in the team's factory-backed Porsche. It was the 991 model's first official appearance in the US after a season in the World Endurance Championship.

"It's been a very good day," said Tandy. "We have done a number of laps and worked through a lot of things.

"It's nice to be at the top of the time charts. We're probably ahead on development when compared to the other teams as a result of the car being raced in the WEC last year."

The Corvette of Oliver Gavin was next quickest at 1m45.743s.

Flying Lizard led in GT Daytona with its Audi R8 LMS in the hands of Spencer Pumpelly, who lapped in 1m47.981s.