Overall, the Corvette DPs had five of the six quickest times during the three-day United SportsCar test, led by Christian Fittipaldi's lap of 1m38.630s on the first near-freezing day in the Action Express Racing car.

The three Ford-powered Riley DPs did not participate on the final day. Chip Ganassi Racing left on Saturday night with both cars after an engine failure in the EcoBoost turbo of its #01, which posted the third fastest lap overall in the test.

Michael Shank Racing loaded up its Riley-Ford on Sunday morning.

Extreme Speed was again quickest among the LMP2 entries, in seventh place with a time of 1m39.750s.

The team was trying a radical suspension set-up for the spec Continental tyres to gain ground on the DPs. 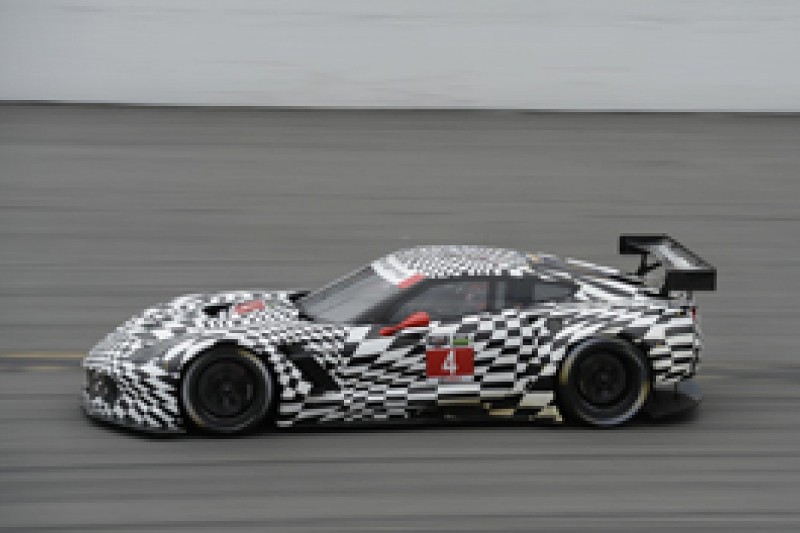 Sam Bird again led the PC category for Starworks, setting his 1m42.960s lap in the afternoon, nine tenths of a second off the team's weekend benchmark in class.

"The car wasn't set up to be as quick through the corners," said Bird. "We've been working on getting it right for the race so all the drivers can run consistent times."

Oliver Gavin (pictured) was fastest in the Corvette C7.R on the third day in GT LM with a time of 1m45.915s, but the CORE Autosport Porsche 911's 1m45.564s on Friday was quickest overall in the test

In GTD, Markus Winkelhock was quickest in the Flying Lizard Audi R8 LMS on Sunday with a 1m48.462s. Team-mate Spencer Pumpelly set the quickest lap for the test with a 1m47.981s.

The IMSA SportsCar Championship will race at the Indianapolis Motor Speedway for the first time since 2014 next September, with a 160-minute contest.