Daytona will be the first race for the Ford engine, which has run three full 24-hour simulations on the test dyno but has yet to run an endurance event.

"We've had a couple of small issues with the cylinder heads," said McMurray. "The engine has some good power and the car has been balanced."

It later turned out that those problems could not be fixed without an engine change.

The team ran its #02 car in the night session early on Saturday evening, then elected to skip the final two sessions on Sunday and left the track.

Ford has already set up a fourth 24-hour dyno test prior to the race.

The HPD ARX-03b of Extreme Speed Motorsports was again the quickest among the LMP2 prototypes with a lap of 1m40.078s.

But that time was only ninth quickest behind the DP runners, which continue to enjoy an advantage on the Daytona banking without losing time in the infield.

Sam Bird, in his first appearance at Daytona, led the PC class with a lap of 1m42.575s in the Starworks Motorsport entry.

"Every lap you hit some GTs but I think that's a good lap from those tyres. I can go quicker but it's not about how fast I go that will determine our position at the end of the race." 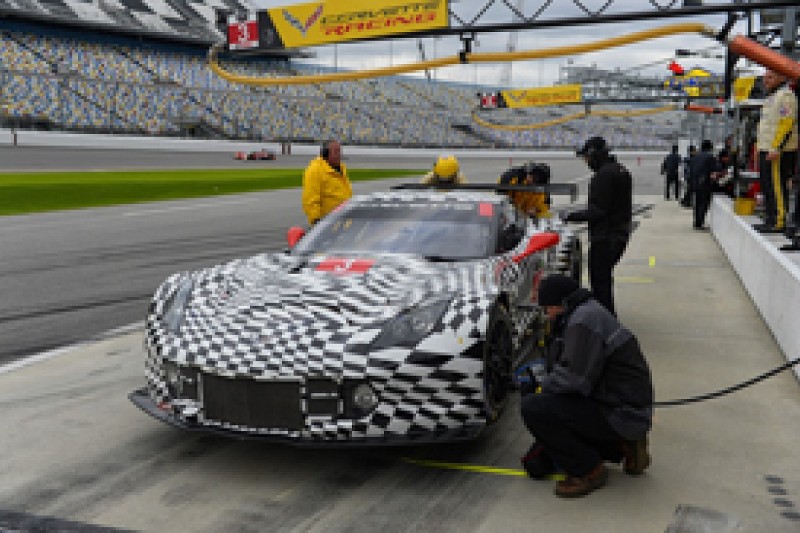 "It's been a productive couple of days," said the Dane of the new car from Corvette Racing.

"We'll see after the night session when we get to try some stuff in the dark."

Like the prototypes, the GT LM category generally produced slightly slower laptimes during warmer temperatures than on Friday.

Driving the new 991-based Porsche 911 GT America, Leh Keen was fastest in the GT D class aboard the Alex Job Racing entry, lapping in 1m48.269s.

Saturday's three daytime sessions were followed by the only night practice during the three-day test.