The veteran British ace, whose Corvette Racing CV includes five Le Mans 24 Hours class wins and a class victory at Daytona on his way to the 2016 IMSA GTLM title, called time on a run of 19 continuous seasons with Corvette after the 2020 IMSA season, with former Porsche factory driver Nick Tandy taking his place in the lineup.

Gavin has made select sportscar outings outside GM brands in that time - making two appearances for the Barwell Lamborghini squad in the 2016 and 2017 Spa 24 Hours and finishing third driving a Reiter Engineering Lamborghini Murcielago in the 2004 FIA GT series opener at Valencia - but it will be the first time he has driven for another squad at an event contested by Corvette Racing since he went full-time in 2003.

He will join fellow Briton Jack Hawksworth and Aaron Telitz in the #14 Lexus RC F, while team regular Townsend Bell returns to partner ex-IndyCar driver Zach Veach and Frankie Montecalvo in the #12 entry.

Gavin said: "I'm quite pumped to be joining Vasser Sullivan for the Daytona Rolex 24 and I'm excited to compete in the GTD class taking on the challenge of trying to win another Rolex!

"I'm joining a great driver lineup with Jack and Aaron in the #14 Lexus RC F GT3 and will be looking for my 50th win in IMSA; I can't wait to get started.

"[I'm] really looking forward to driving the Lexus, and big thanks to Jimmy and Sulli for having me on board to compete in the Rolex 24." 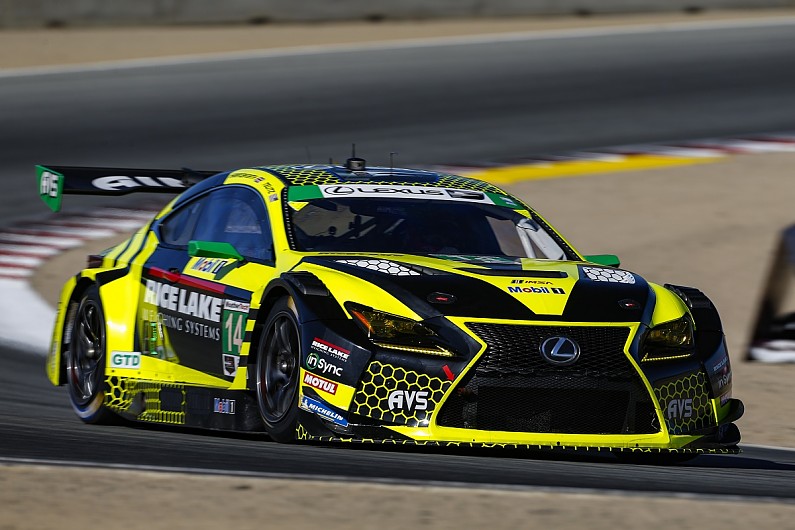 Bell won the GTD class at Daytona in 2014 with Level 5 Motorsports, and clinched GTE Am victory at Le Mans two years later with Scuderia Corsa.

He was also part of the Lexus line-up that clinched second on the Vasser-Sullivan team's debut at Daytona in 2019.

"I'm very happy to be competing for the Vasser Sullivan Lexus family in the 2021 Rolex 24 at Daytona," said Bell.

"We've had a lot of success there, including finishing first and second last year in the Daytona sprint race and placing second in the team's debut at the Rolex 24 in 2019.

"We are all committed to continuing and building on that success and I am looking forward to driving again with Frankie and working with Zach Veach as he transitions to sportscars."