The IMSA SportsCar Championship has rejigged the end of its 2020 calendar as a result of the coronavirus crisis.

The Mid-Ohio event postponed last week from May 3 will now take place on September 27.

The Laguna Seca round has been brought forward by one weekend to September 6 to accommodate IMSA teams competing in the Le Mans 24 Hours, which has been put back from June to September 19/20.

The Petit Le Mans enduro at Road Atlanta will now run on October 17, one week later than originally planned, in order to "provide teams [with] a more balanced schedule as the season comes to its conclusion", according to IMSA.

The season will climax with the Sebring 12 Hours on November 14 after the postponement of the event that was due to be held last weekend.

The 2020 IMSA campaign is at present due to resume at Detroit on May 30 with a race for Daytona Prototype international and GT Daytona class machinery only.

The Long Beach Grand Prix IndyCar/IMSA doubleheader set for April 18/19 has been cancelled.

Tickets already purchased for the Mid-Ohio, Laguna, Road Atlanta and Sebring races will be valid on the new dates.

The Mid-Ohio round will clash with the rescheduled Nurburgring 24 hours, which was due to be held on 21-24 May.

Defending IMSA GTLM constructors champion Porsche has been a strong supporter of the Nurburgring enduro in recent years, and will likely have to split its factory lineups between the two events. 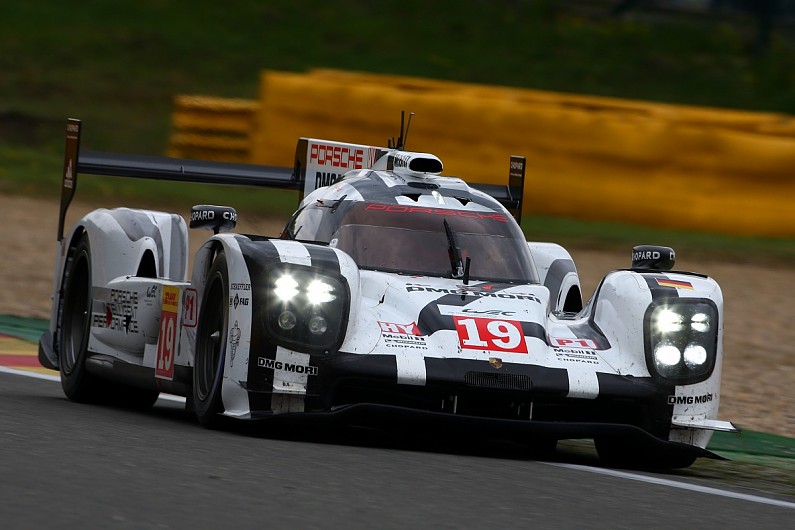 It faced a similar issue in 2015 when the World Endurance Championship Spa 6 Hours clashed with IMSA's GT-only round at Laguna Seca, a situation complicated by Porsche expanding its LMP1 lineup to a third car to give Nick Tandy, Earl Bamber and Nico Hulkenberg experience ahead of their ultimately successful attempt at Le Mans.

Meanwhile at Spa, Christensen's now team-mate and co-champion Kevin Estre was given his debut in a factory-entered 911 RSR. He finished third alongside fellow future works driver Sven Muller, despite tangling with Tandy's 919 Hybrid at Fanges.