The 'Flying Finn' and his Welsh co-driver will be honoured on the 25th anniversary of their epic win on the 1993 event and will be reunited in a period Toyota Celica GT-Four to lead a parade around the Llandudno street stage on the final day of Britain's WRC round.

The pair will take part in interviews and autograph and selfie sessions throughout the four days of the rally.

Grist now owns the GT-Four which they will use for the parade. It is the car in which he and Kankkunen won their final rally together in Portugal early the following season.

Between them Kankkunen and Grist won 44 WRC rounds, but few were more challenging and deserved than their hard-earned success on the wintry 1993 Network Q RAC Rally.

"They were the toughest conditions I have ever driven on in the UK," said Kankkunen who had won the RAC Rally twice previously in 1987 and 1991.

"Driving on frozen ice roads without the spikes we used in winter rallies like Sweden made it very, very difficult. But we had a great event." 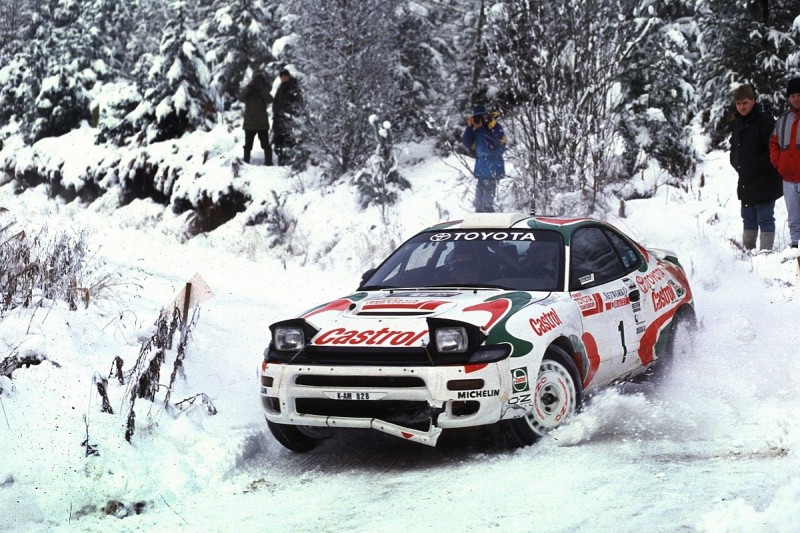 Grist added: "It was absolutely treacherous. There was a reasonable amount of grip on the snow but, without studded tyres, those icy, frozen forest tracks were as hazardous as they come.

"Juha, though, was such a laidback character, brimming with natural talent - he took everything in his stride and, aside from getting away with one slight indiscretion in Yorkshire, it was plain sailing.

"The championship was already won but Juha really wanted to give me a first win on home soil - 'Boyo, we will win this for you' he promised before the start."

Grist won his home round again four years later, this time alongside Colin McRae in a Subaru Impreza.

"To win at home is always very special but it was all the sweeter in 1993 as it was my first and the conditions had been just so treacherous throughout," he said.