The 60-year-old will race Irishman James Hagan's Hesketh 308/1 in the pair of FIA Masters Historic Formula 1 races that will support the British Grand Prix on July 7-8.

Byrne graduated to Formula 1 in 1982 with Theodore Racing - and won the British F3 title in the same year with the team - but started just two of his five F1 races.

He failed to finish in Austria and Las Vegas (after a spin in each race) and did not qualify in Austria, Dijon nor Monza.

A McLaren test followed but Byrne's personality jarred with the McLaren team boss Ron Dennis and his F1 dream was over almost as soon as it started.

Now Byrne is making a comeback, and will race at Silverstone for the first time in 34 years.

"I haven't even seen the car yet," he confessed. "My friend James Hagan asked me to drive the Hesketh and I was happy to oblige. 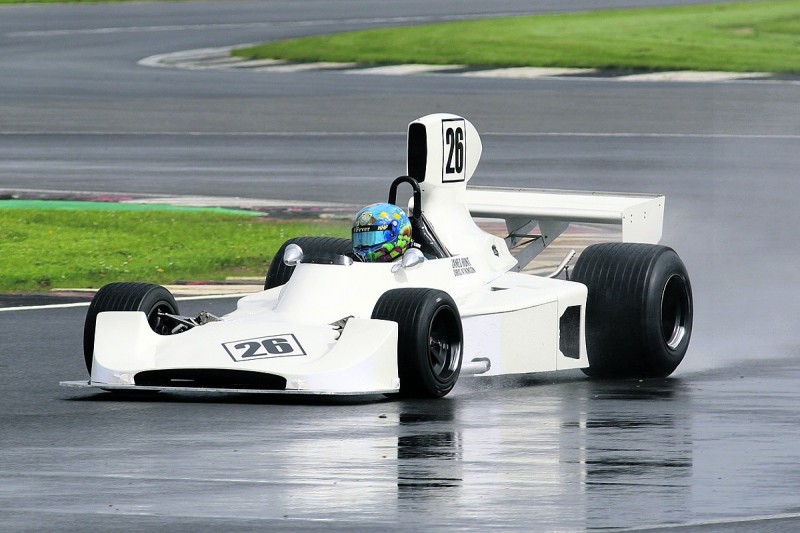 "My last race at Silverstone was in 1984 when I drove the Anson-Alfa Romeo in the European F3 race, which was the penultimate time I drove in the UK.

"I raced in the 1986 Birmingham Superprix in an Eddie Jordan Racing March 86B [Byrne finished 15th in the aborted, weather-affected F3000 race]."

After his F1 career stalled, Byrne went to North America and raced through to 1992.

He now works as a driver coach and teaches high performance and defensive driving from a base in Florida.

He added: "I am really excited. Silverstone has so many happy memories for me from my Formula Ford 1600 days, slipstreaming with Roberto Moreno, Rick Morris and Jim Walsh, to winning my best race in Formula 3 against Enrique Mansilla and Dave Scott.

"I lived in Milton Keynes for two years and had lots of parties with Eddie Jordan and Murray Taylor and all the guys. They were fun days for sure!"

Byrne will take on a stellar historic grid, and will race on the British Grand Prix support bill for the first time since 1982 when he won at Brands Hatch.