Johnson drove a Ford Galaxie 500 in the St Mary’s Trophy for touring cars of the 1960-66 era and shared Shaun Lynn’s AC Cobra Le Mans Coupe in the blue-riband Royal Automobile Club Tourist Trophy Celebration for GTs of the early 1960s.

The seven-time NASCAR champion, who switched to IndyCar in 2021, qualified the Galaxie sixth for the first part of the St Mary’s Trophy. He then ran fifth in the early stages of the 17-lap race before a broken exhaust header stopped Johnson.

Car fixed, Gregor Fisken finished third in the second part on Sunday but the earlier retirement limited the duo to 24th on aggregate.

Lynn started the one-hour RAC TT enduro and ran in the top six before handing over to Johnson. Despite a small mistake, Johnson matched the pace of the frontrunners.

He set a best lap of 1m25.988s, compared to the fastest Cobra time set by Romain Dumas of 1m25.813s, though everyone was well off the GT record-breaking lap of 1m23.799s set by Jenson Button in Adrian Newey’s Jaguar E-type.

Penalties for other cars initially meant Lynn/Johnson took third place but these were later rescinded, pushing the duo to fifth. 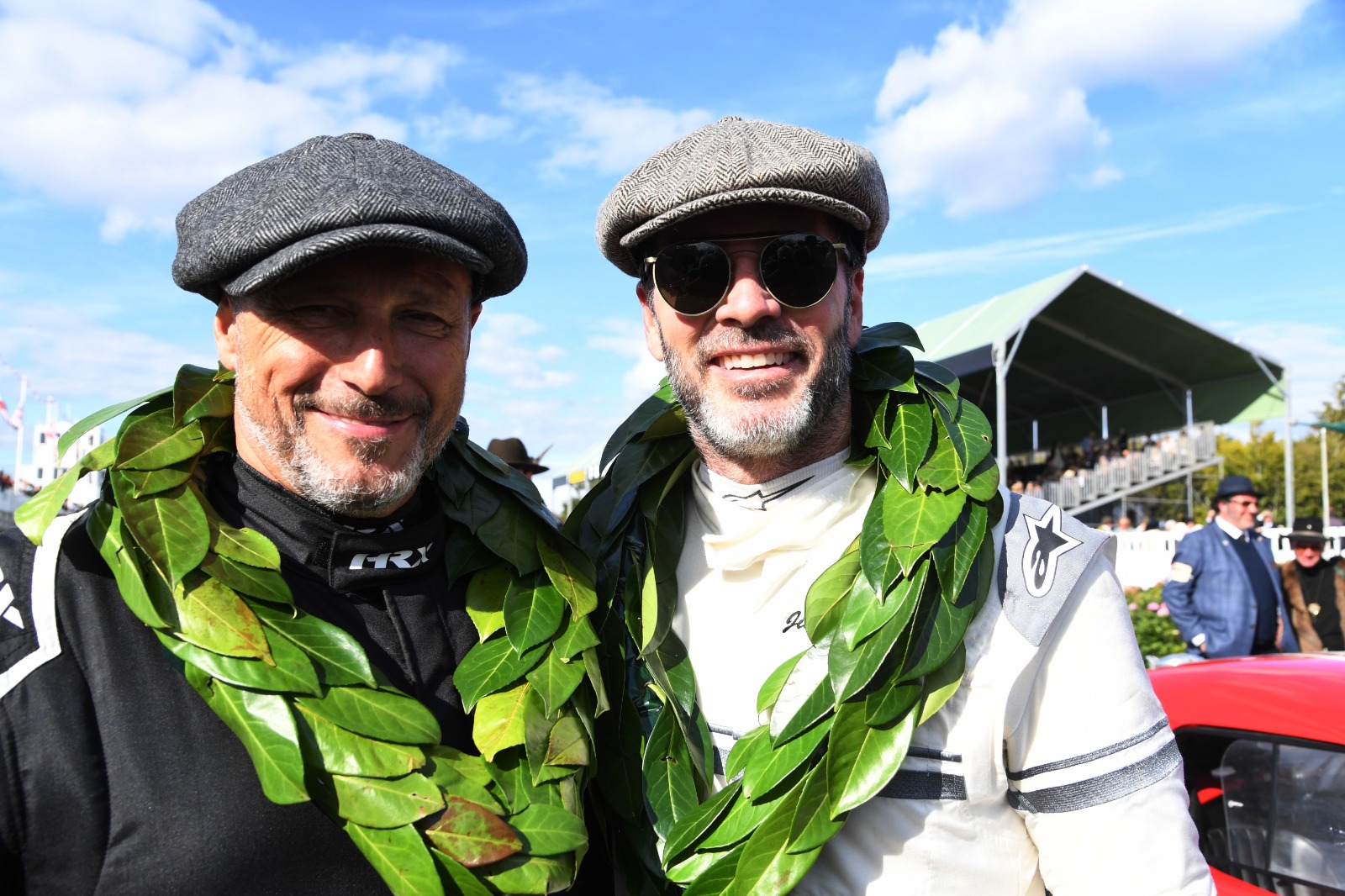 Johnson found both V8 machines more to his liking than the Chip Ganassi Racing Dallara-Honda he has been racing recently.

“I’m more comfortable in the Cobra and the Galaxie than I am in the IndyCar because they’re much more like a NASCAR,” said Johnson, who turned 47 on Saturday (17 September). “They move around more so the driving style is similar.

“The Cobra is right-hand drive, which is new to me and it took some time to get used to the gearshift on the ‘wrong’ side but the Galaxie is left-hand drive.

“What a beautiful circuit. And the other thing that stands out is the effort of all the fans in their period clothing.”

The Galaxie of Dumas and Fred Shepherd won both parts of the St Mary’s Trophy to take a comfortable aggregate victory over the Alfa Romeo of Frank Stippler/Alex Furiani. The Ford Lotus Cortina of ex-British Touring Car racers Andrew and Mike Jordan completed the podium.