Ron Maydon, founder of Masters Historic Racing, has made it clear that pro drivers who dip into the portfolio of categories run by Masters and cause problems will not be admitted back.

The regulations for the Masters series and the club's membership rules have been amended to give the Masters team the option to reject entries.

"Pro drivers are a problem and it's a problem with have to deal with head-on," says Maydon.

"It's little known that last year we declined entries from four drivers because I thought their driving was either too aggressive or they had the wrong spirit.

"I didn't want to name and shame but maybe, just maybe, we're going to have to start down that route."

The system for identifying drivers under question will start with the Masters race organising team.

"If we're not happy with a driver, we go to our grid representatives and put our case to them.

"If they agree, we can decline the entry.

"We've already changed the regulations and the membership rules of the club to keep them away. We can decline entries from anyone.

"Before, it was very difficult." 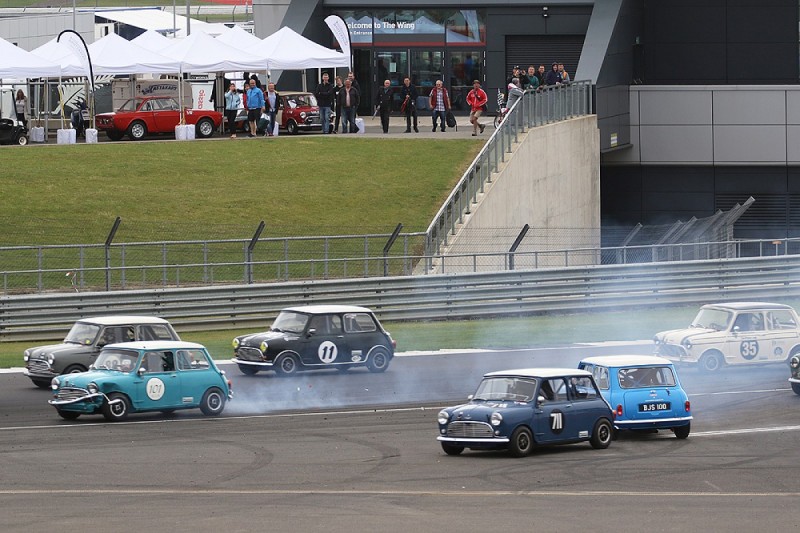 Maydon was quick to acknowledge that many high-level racers who share cars with owners in two-driver races are not the issue.

"We've no problem with drivers like Martin Stretton, Simon Hadfield, Nick Padmore, Andy Wolfe and so on.

"They are elite drivers, but they give something to our series and they share cars with others.

"That has never been an overwhelming problem and they understand what it is about.

"Jake Hill is another fabulous driver who has really got the right spirit."

However, pro racers who are overly aggressive on-track and do not show the right spirit for historic racing will be censored.

"We're not going to accept pure pro drivers who step into our world, take the big prizes and we never see them again.

"They are either put in cars by owners who want to win, or for specific reasons. They are usually very young, very talented and aspire to be a pro driver. Sharing with a non-pro is quite crucial."

"I thought in a couple of events last year, like the Mini race at the Silverstone Classic, that the amount of contact was totally unacceptable.

"If you are that determined to win, we don't really want your entry."

Williams and Ferrari Formula 1 cars on display at Race Retro