The decision to revise its programme, announced to members on Tuesday afternoon by club president Paul Tunnicliffe, was taken in the best interests of competitors and officials.

Both of the club's popular Prescott speed hillclimbs on 1-2 August (short course) and 26 September (long course) have been cancelled, but instead the intention is to run both as non-competitive trackday events.

Subject to expressions of interest from competitors, the Mallory Park race meeting on 23 August - which includes the annual Edwardian showpiece - will go ahead as planned, with the caveat that alternative formats will be considered should entries be insufficient.

PLUS: Should club racing resume in 2020?

The Loton Park Hillclimb on 12-13 September is currently set to run, subject to landowners' agreement within prevalent UK government and Motorsport UK guidelines.

The status of Shelsley Walsh's hillclimb fixture on 5 July and the race at Castle Combe's 70th Anniversary Autumn Classic on 4 October will also respect external factors, but the Welsh Trial is cancelled.

Founded in 1934, the VSCC is one of the few organisations to have run a Motorsport UK-sanctioned circuit event this year.

Its annual multi-discipline Pomeroy Trophy meeting on 15 February at Silverstone was scheduled prior to the governing body suspending all event permits until 30 June.

Its Formula Vintage race meetings at Silverstone (18-19 April), Oulton Park (30 May) and Cadwell Park (20 June) fell within the blanket ban, potentially leaving Mallory as the only race meeting the VSCC will organise this year.

Following extensive consultation with all parties involved, Tunnicliffe expressed hope that events might be able to restart from 1 July, enabling members to enjoy their Pre-1931 cars safely, but explained the reasons why the traditional Prescott hillclimbs could not go ahead in 2020. 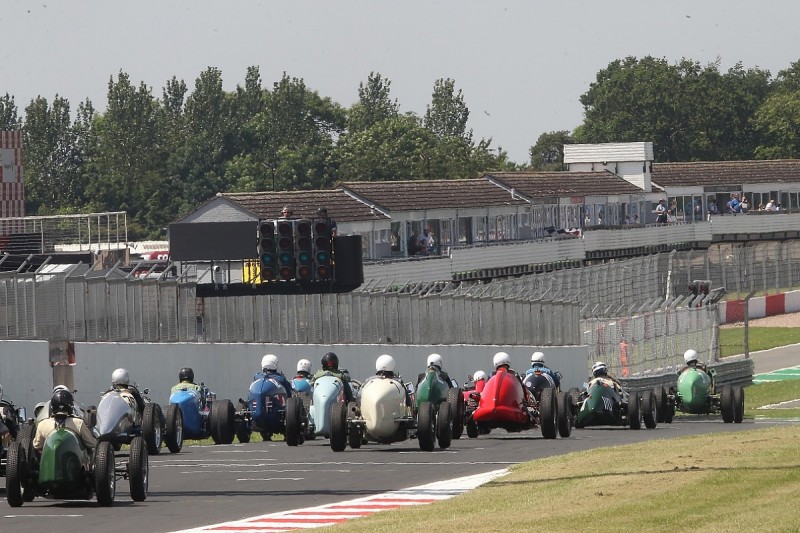 "Our starting point was to find a way of working within the [Motorsport UK] guidelines to enable us to run our events as closely as possible to the format we all know and love," he said.

"However, it became clear that this would not be possible.

"Due to the rules of social distancing, entry numbers would have to be curtailed to leave sufficient space around cars in the paddock.

"Whilst nothing specific was detailed in the plans, it has to be assumed that spectators would not be permitted, a major detriment to the unique atmosphere of events.

"The MSUK plans go into some detail, and would cause us some difficulties.

"Only two marshals are permitted per post, they are required to be equipped with full PPE in line with government advice, and they should maintain a safe distance from the cars, certainly not to touch them.

"When we discussed this with the marshals' and [the] volunteers' sub-committee it was clear that they were unhappy with these terms as they would not guarantee our normal safety standards.

"Also, many of our marshals are in the 'at risk' category, and consequently some are unwilling to offer their services because of the risks associated with coming into contact with many people during the course of the event.

"We also consulted with the chair of the speed sub-committee who also voiced concerns over an early return to full competition, and I have received direct feedback from several competitors were unwilling to compete due to their own personal concerns.

"Without the support of both of these vital parties it became clear that Prescott could not operate as a competitive event.

"I realise that this will be disappointing news to our committed racers.

"We're not trying to stop people having fun by being over-cautious, but neither will we take risks with members' well-being, the club's finances, or its reputation.

"Our competition programme is a source of fun for us all, competitors, volunteers and spectators, and my concern was that this was at severe risk if we run events as soon as we are able without taking all considerations into account.

"By choosing to wait, we can return to running the type of event we all love without uncertainty."