Damon Hill will mark the 25th anniversary of his Formula 1 world championship crown by demonstrating his 1996 Williams FW18 at The Classic, Silverstone on Sunday.

After finishing runner-up to arch rival Michael Schumacher in the 1994 and 1995 F1 seasons, Hill finally won the F1 world crown in 1996 and became the first son of a world champion to take the title, following in the footsteps of his late father Graham Hill who won the title in both 1962 (BRM) and 1968 (Lotus).

Hill said: “While it’s hard to believe that 25 years have now flown by, it’s always an amazing experience for me to get back into that Williams – so many special memories come rushing back. Having once again been given the opportunity to drive the car at the British Grand Prix, I’m now really excited to be coming back to Silverstone for another blast at The Classic.”

In 1996 Hill won eight grands prix in the Renault-powered FW18 and sealed the championship at the final round – a feat which prompted Murray Walker to broadcast the emotional words: “Damon Hill exits the chicane and wins the Japanese Grand Prix. And I’ve got to stop because I’ve got a lump in my throat.” 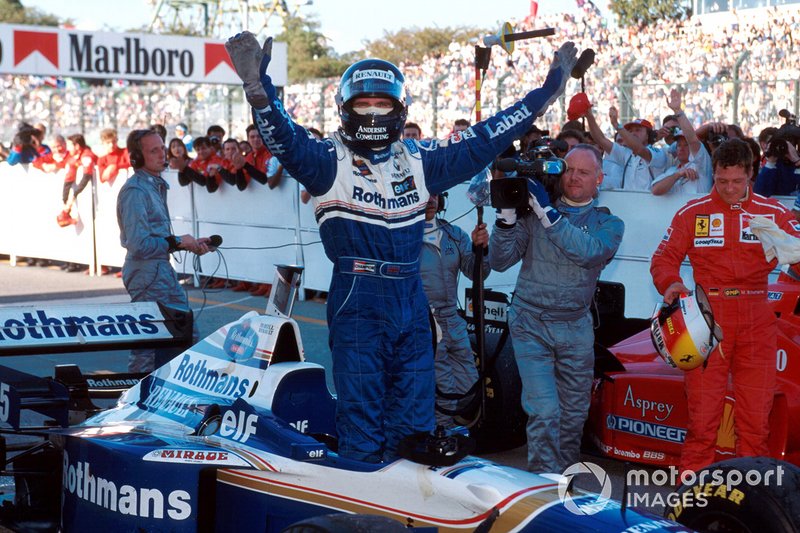 “After such a rollercoaster ride, Damon’s title victory was something few of us will ever forget,” said Nick Wigley of The Classic. “It will be an honour for us to have him and his world championship-winning Williams performing at The Classic – yet another highlight on what’s already an incredible bill.”

While Hill will be at Silverstone on Sunday to meet fans and take to the track, Williams Heritage will be on hand all weekend displaying the FW18 in garage 26 in the International Paddock. Fans are reminded that all tickets for The Classic must be purchased in advance.