The iconic Bentley Speed 8 will be raced on British soil for the first time at the Silverstone Classic later this month.

The famous machine won the Le Mans 24 Hours in 2003 in the hands of Tom Kristensen, Guy Smith and Rinaldo Capello, ending a 73-year drought for the British marque at the legendary endurance event.

One of the cars is now owned by Shaun Lynn who will race it in the Aston Martin Masters Endurance Legends series on July 26-28.

It will mark the first time one of the cars has been competitively raced in the UK, having previously only competed at Le Mans and in America.

"We are absolutely thrilled that Shaun is joining us at the Classic to race his Speed 8," said Ron Maydon, president of Masters Historic Racing.

"This will be another iconic addition to our already impressive grid and is sure to be a massive crowd-pleaser. 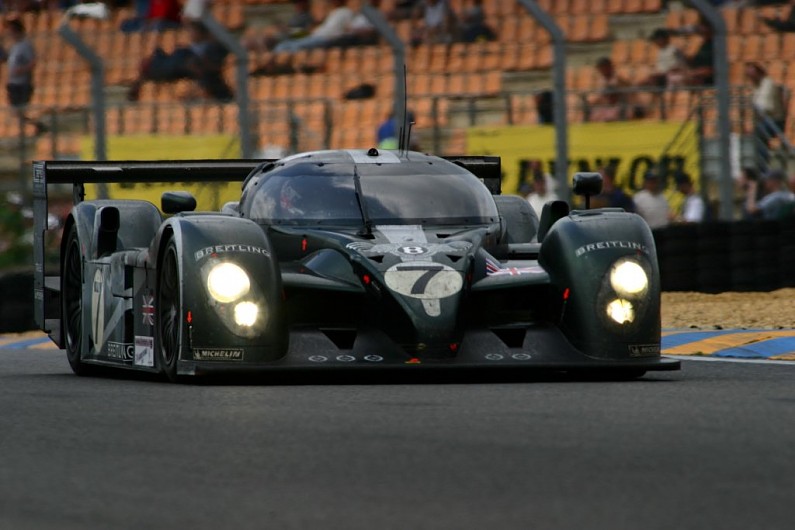 "The Speed 8's debut in a Masters' race is all the more pertinent, of course, as Bentley is celebrating its centenary at the Classic and its Le Mans victories are very much a highlight of the brand's incredible heritage."

Bentley celebrated its centenary anniversary earlier this year, but the Silverstone Classic will still mark the occasion later this month.

"We must thank Shaun massively for bringing the Speed 8 to Silverstone - it's an incredible car and will be the icing on Bentley's centenary birthday cake as we celebrate the company's milestone 100th anniversary at the Classic," said Nick Wigley, CEO of Silverstone Classic.

"Our special Saturday evening Twilight Tribute to Le Mans is now complete: it will kick off with a wonderful array of vintage Bentleys competing in the Pre-War Sportscar race and conclude at dusk with the Speed 8 racing into the sunset. Just perfect!"