A special Le Mans-themed display will be headlined by DBR1/4, the car that finished second at Le Mans in 1959 when driven by Maurice Trintignant and Paul Frere.

In the 1959 Le Mans 24 Hours, Roy Salvadori and Carroll Shelby headed an Aston Martin and Avon one-two in their DBR1. It is very likely that the cars and tyres were tested at Castle Combe in the build up to the event.

From the 1980s will be an example of the Aston Martin Nimrod, the Group C project that started in 1982 with Le Mans as its target. 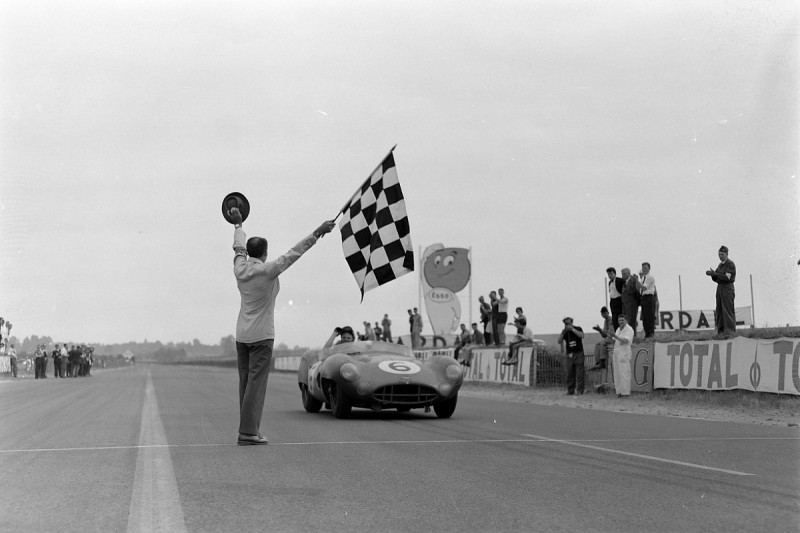 Sadly, the Nimrod project folded in 1984 when both cars were badly damaged in one fiery accident at Le Mans.

On show at Castle Combe will be one of the surviving cars from the five originally built, provided by the Aston Martin Heritage Trust.

Other Aston Martins set to feature in the display include examples of the DB2, DB3, DB4 and DB4 Zagato.

Avon started producing tyres in 1885 and has been closely associated with Castle Combe since 1952 when the Wiltshire tyre company started using the circuit for tyre testing.

The Avon Bridge at the paddock exit at Camp Corner was first built later that year and in 1981 the fast approach to Quarry Corner was named Avon Rise.

The race action at the Autumn Classic will also include a tribute to the late Norman Dewis, the renowned Jaguar test driver who died earlier this year.

The Norman Dewis Trophy for pre '66 Jaguars will be a headline race, while a dedicated race for Frazer Nashes is a new feature of the event.