WRT, whose three driver pairings sit at the top of the points table, converted its fleet of R8s to 2012 specification ahead of the last round of the series at the Slovakia Ring in August and will keep them in that form for the Spanish round next weekend.

The Belgian squad claimed the reverting to 2012 configuration was the only way the R8 could be competitive against its rivals.

It duly claimed its first pole position since the opening weekend of the season, when its cars were also in the older specification courtesy of delays homologating the new version.

WRT's move follows the FIA GT Committee's decision not to change the Balance of Performance for any of the leading FIA GT contenders before Navarra.

WRT boss Vincent Vosse said: "As long as the BoP doesn't change, we will continue to run the 2012 car, which proves that the BoP for the 2013 car is not correct."

Vosse claimed that the Committee was reacting only to results and not to the outright performance of each car in FIA GTs.

"I haven't found anyone who can explain this to me," he said. "Until I get an explanation, I will continue to believe that they are balancing results and not performance.

"I was working day and night over the winter to get the best driver line-up possible and I have been penalised for it. It would be cheaper to have a weaker driver line-up and get a more favourable BoP as a result." 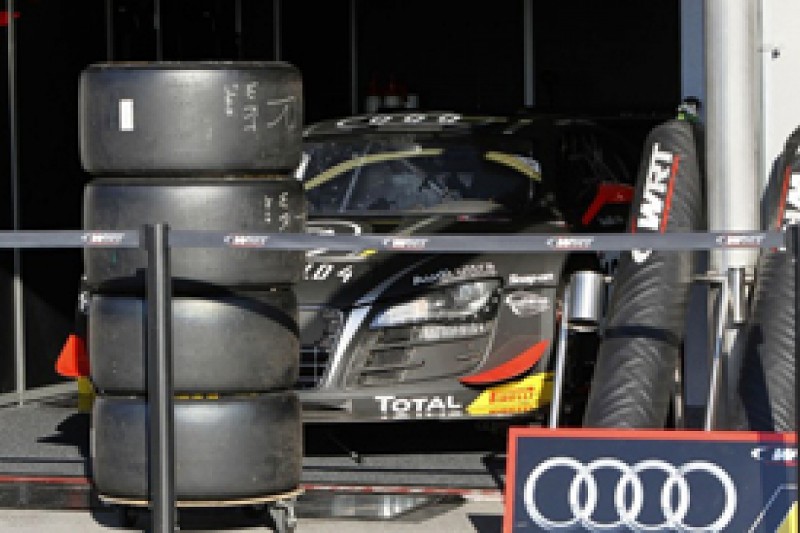 The Audi in 2013 spec runs a larger-diameter restrictor than its forerunner, but the new car has less power courtesy of the shape and profile of restrictor.

The only BoP change for Navarra has been an increase in the diameter of the air-restrictor on the Ferrari 458 Italia.

The Committee's decision has not been mirrored by championship promoter SRO for its sister Blancpain Endurance Series.

It has given the Audi a larger diameter air-restrctor for this weekend's Blancpain finale at the Nurburgring.

The BoP for the FIA GT Series is set by the governing body of world motorsport, but SRO has freedom to modify the rules for Blancpain.