The multiple British Touring Car Championship-winning team will field one of the BMW Z4 GT3s it is running in the British GT Championship in the second round of the BES on May 25 as part of a fact-finding mission for a possible international programme in the future.

Triple Eight team boss Ian Harrison, whose team is in its second season in British GTs in 2014, told AUTOSPORT: "We're going to have a look at the BES and see how it goes - it's a case of suck it and see for us.

"We are making progress as a team in British GTs and we do have international aspirations in sportscars, but at this stage we not ruling anything in or anything out.

"We're definitely looking at the Abu Dhabi race [the Gulf 12 Hours] in December and the Bathurst 12 Hours next year; the beauty of the GT3 category is that you can use the cars all-year round."

The Triple Eight BMW will be driven at Silverstone by team regulars Derek Johnston and Lee Mowle and reigning British GT4 champion Ryan Ratcliffe in the Gentleman Trophy class for all-amateur line-ups.

Ratcliffe, who is part of the Triple Eight Driver Development scheme, will race one of the team's Z4s for the first time in this weekend's GT Cup event at Brands Hatch together with Johnston. 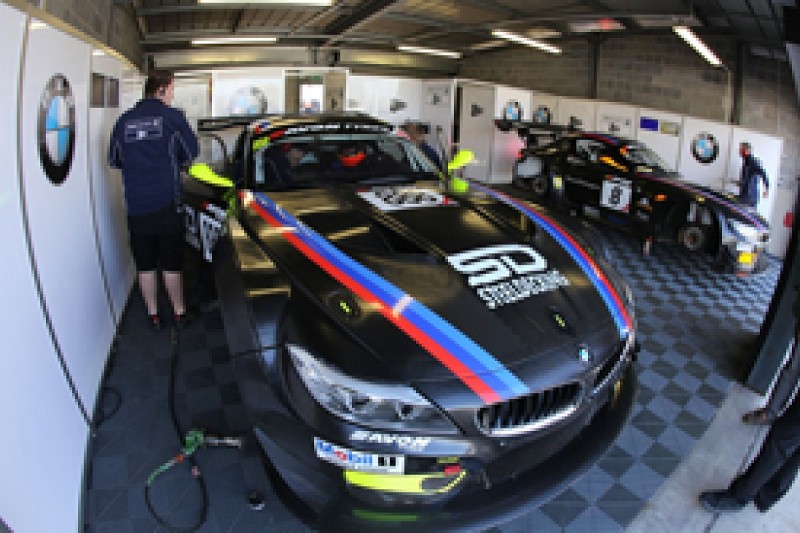 Harrison said that the move would help Ratcliffe to "get used to racing the car and not just testing it" and enable the team to gather data for the British GT round on the Brands Hatch Grand Prix circuit in August.

Daniel Lloyd, who is racing in the Blancpain Sprint Series with the Bhaitech McLaren team, will race Beechdean's Vantage V12 GT3, while Jody Fannin will join James Appleby and Steve Tandy in the Bentley Continental GT3.

The British entries and the arrival of the Belgian AF Racing International Lamborghini team with a pair of Gallardos will bring the BES grid to 44 at Silverstone.

Further additional entries have been received for the Spa 24 Hours BES blue riband event in July. The list has already reached 63 cars, two months ahead of the closing date.