More time had been allowed on the schedule between the World Cup final and the headline Formula 3 Grand Prix on the Sunday of the Macau meeting on November 16-19 to ensure the GT3 race can run its full 18-lap duration.

The move follows the failure to restart last year's final after a second red flag as a result of timetable constraints, which meant that WRT Audi driver Laurens Vanthoor was declared the winner despite ending up on his roof after crashing at Mandarin corner.

This has been made possible by moving one of the races for the World Touring Car Championship, which is replacing TCR International on the Macau bill, from Sunday morning to Saturday afternoon.

It will be the first time since the creation of the current WTCC for the 2005 season that two races have been run on separate days.

Stephane Ratel, whose eponymous organisation is again co-ordinating the World Cup, told Autosport: "We want the race to run the full number of laps and having one less event on Sunday will give us more flexibility in the timetable." 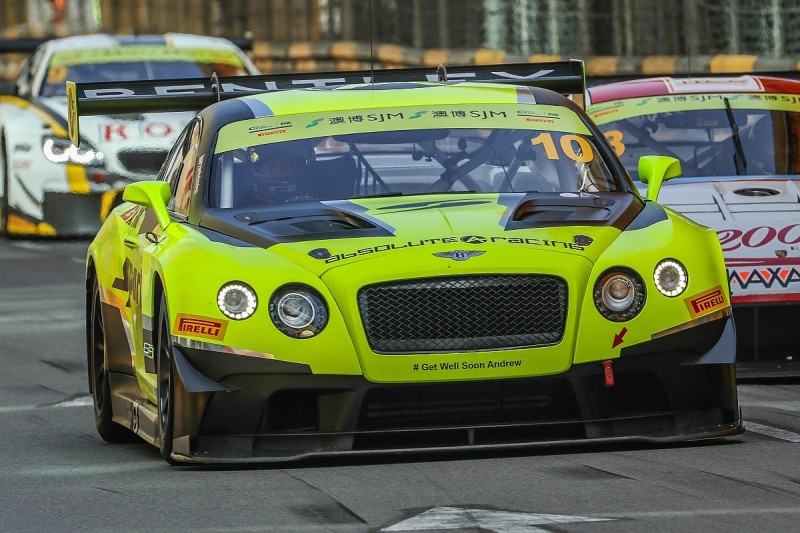 The World Cup will also be open only only professional drivers with a platinum or gold rating.

This goes hand in hand with the FIA's announcement earlier this year for a second GT World Cup for amateur drivers, which is likely to begin in 2018.

"It is logical that if we have a world cup for amateurs and customer teams that we make Macau all-pro and for manufacturers," said Ratel.

"This is part of a natural growth of the event at Macau and will help simplify it.

"It will make it a challenge assembling a grid because this race started [before it was given World Cup status in 2015] for amateurs, but we are confident because the new format will make it more attractive for the manufacturers."

All manufacturers represented on the grid will now be able to win the World Cup titles and will not have to pay a registration fee.

Other changes for Macau this year include new kerbs at the Reservoir and Mandarin corners to improve safety in the GT races.

Plus
Plus
GT 2 m
GP Racing