The German was just three tenths up on Mattia Drudi in the Attempto Audi co-driven by Patric Niederhauser and Frederic Vervisch.

The AF Corse Ferrari of James Calado, Alessandro Pier Guidi and and Nicklas Nielsen that had been at the top of the leaderboard on 12 hours was running third.

Calado was just half a second back on Drudi in the three-car train at the front of the field aboard the full-factory Ferrari 488 GT3 Evo.

Ten cars remained on the lead lap at 18 hours, with the first eight cars separated by a shade over 12s. 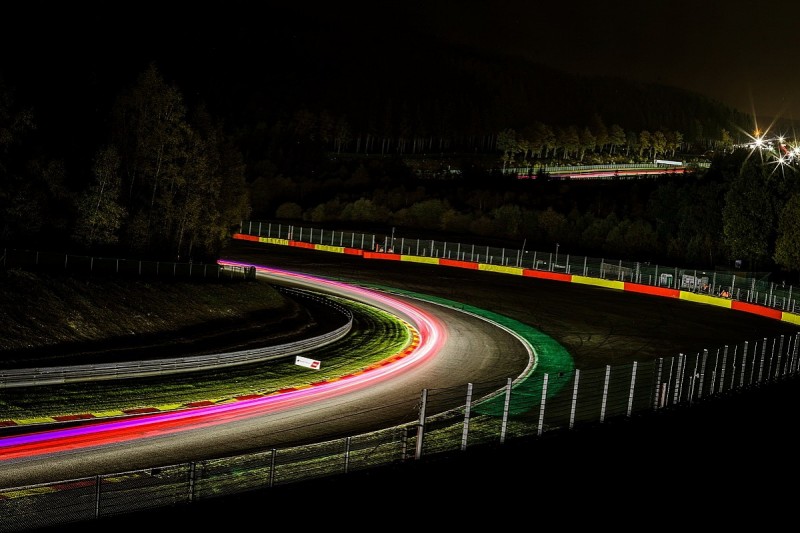 Lamborghini's bid for a first outright victory in the Spa enduro effectively ended in the 16th hour when Dennis Lind crashed the FFF Racing Team entry at Eau Rouge.

The Dane, who was partnered by Andrea Caldarelli and Marco Mapelli, was leading the race by a couple of seconds from Tandy's Rowe Porsche when he went off in the team's lead Lambo Huracan GT3 Evo.

The Auto Sport Promotion Mercedes shared by Raffaele Marciello, Felipe Fraga and Timur Boguslavskiy that had led much of the first half of the race retired in the 12th hour.

The car lost the front left wheel at Les Combes with Fraga at the wheel as a result of what the team believed were brake problems.

The KCMG Porsche of 2019 Spa winners Kevin Estre, Michael Christensen and Richard Lietz was running 20th after losing time to a change of the left front upright.