Their #51 Ferrari 488 GT3 Evo held a four-second lead over the FFF Racing Lamborghini Huracan GT3 Evo of Mirko Bortolotti, Andrea Caldarelli and Marco Mapelli after six hours of the centrepiece round of the GT World Challenge Europe.

Pier Guidi moved to the head of the field in front of Mapelli with an around-the-outside move through the Les Combes right-left just before the end of the fifth hour.

Ben Barnicoat, Rob Bell and Ollie Wilkinson were in fourth place in the Jota McLaren 720S GT3 which had run as high as second before dropping back as a result of a drivethrough penalty for track limits infringements.

Barnicoat took the position from Charles Weerts in the #32 WRT Audi R8 LMS GT3 just before the six-hour cut-off, but remained nearly 50s behind Tomczyk in the BMW.

The WRT Audi Weerts shares with Dries Vanthoor and Kelvin van der Linde had made rapid progress through the field from 54th position on the 58-car grid.

The Schnabl Porsche 911 GT3-R of Frederic Makowiecki, Michael Christensen and Dennis Nielsen, a late entry for the race, ran sixth.

The #37 WRT Audi of Nico Muller, Robins Frijns and Dennis Lind held seventh position less than a second ahead of the pole-winning Mercedes shared by Raffaele Marciello, Daniel Juncadella and Jules Gounon.

They were out of synch on pitstops with the cars ahead of them because they didn't stop during a Full Course Yellow that led into a safety car right at the end of the third hour.

They had run one-two earlier in the sixth hour before making their pitstops.

The ASP Merc had led through the first hour in Marciello's hands and then Muller had taken the lead during a heavy rain shower in hour two. 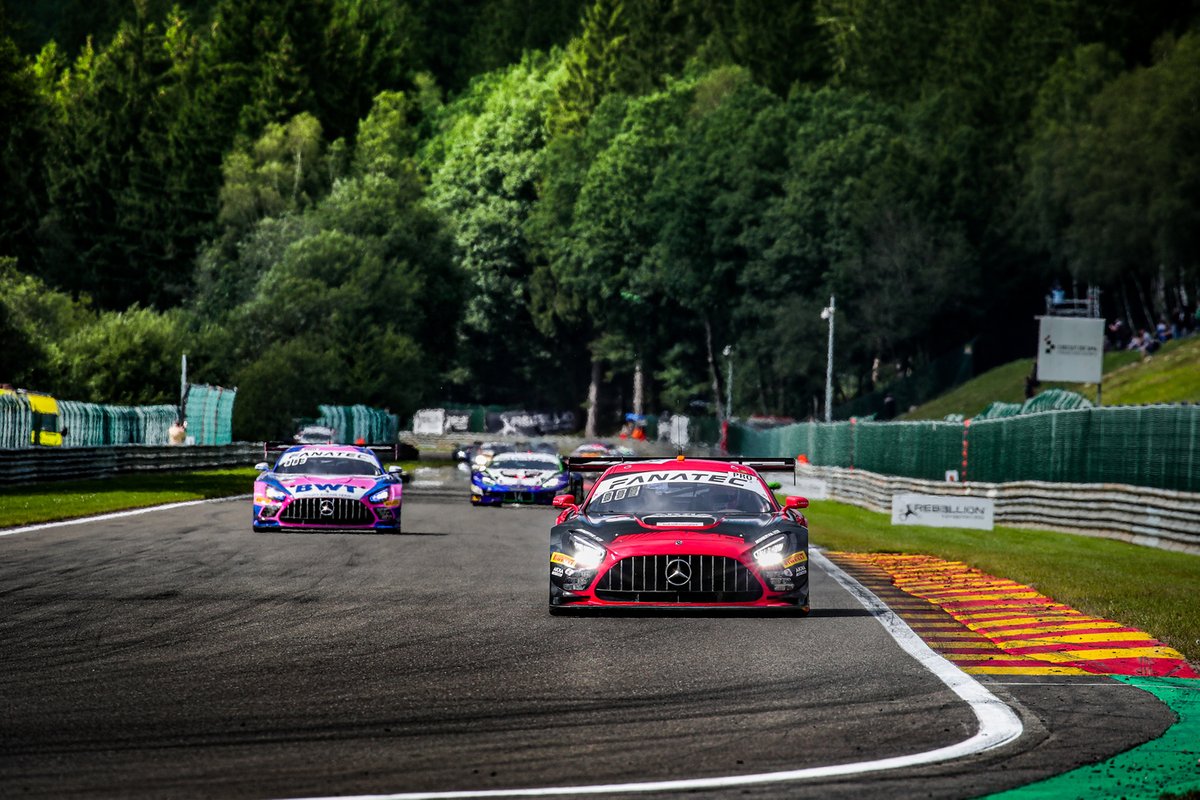 The rain started straight after a prolonged period of yellow-flag running after a four-accident at Eau Rouge shortly before the half-hour mark.

Emil Frey Lamborghini driver Jack Aitken and Ferrari factory racer Davide Rigon, who was driving the second Iron Lynx Ferrari, were taken to hospital for assessment of what were described as non-life threatening injuries.

Kevin Estre's Rutronick Porsche and Franck Perera in the #163 Emil Frey Lambo were also involved in the accident, but both drivers were quickly discharged from the circuit medical centre.

The Madpanda Mercedes-AMG GT3 led the Silver Cup class in the hands of Ezequiel Perez Companc, Ricardo Sanchez, Patrick Kujala and Rik Breukers in ninth position ahead of the first of the Porsche entries, the ART-run GPX 911 GT3-R shared by Earl Bamber, Matt Campbell and Mathieu Jaminet.