Mies in the #1 Audi held off the #88 ASP Mercedes of Raffaele Marciello and Michael Meadows during the final third of the race.

Marciello slowly ate into Mies' lead, but during the final few laps lost a little ground to the Audi.

Riberas had started the race in second place and briefly led during the opening 15 minutes, then fell back down to second after a virtual safety car restart.

The VSC had been prompted by the polesitting #87 ASP Mercedes of Nico Jamin stopping on the start/finish straight while leading the race. 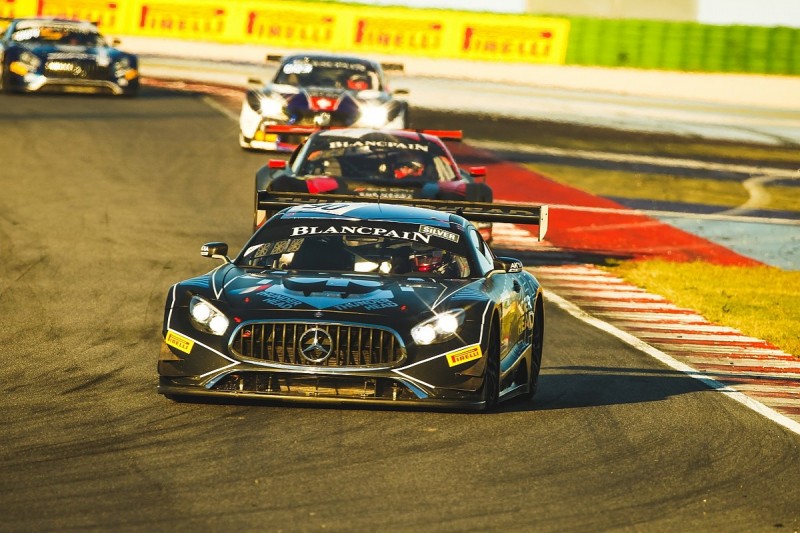 Team-mate Nico Bastian's #90 Mercedes grabbed the lead from Riberas at the restart, but then stayed out until the final minute of the pit window while WRT pitted the #1 car early.

A slow pitstop as Bastian handed over to partner Jack Manchester gave the lead to fellow ASP man Marciello, who had taken over from Meadows and then resisted Mies to the finish and won by six tenths of a second.

The podium was completed by #63 Grasser Lamborghini duo Mirko Bortolotti and Christian Engelhart, who ended the race 16s behind the leading two cars after starting the race in ninth.

Grasser's #19 car was fourth with Andrea Caldarelli and Ezequiel Perez Companc, who got past the #114 Emil Frey Lexus of Stephane Ortelli and Norbert Siedler and then Manchester.

Ortelli was also able to get around Manchester not long after to finish in fifth, with Manchester's #90 team finishing sixth overall but top of the Silver class.

Class rival Mikael Grenier in the #54 Emil Frey Jaguar that he shares with Alex Fontana was catching Manchester during the final laps in the race, but finished in seventh and 0.309s shy.

Markus Winkelhock and Nyls Stievenart topped the Pro-Am class in their #26 Sainteloc Racing Audi, finishing the race in 11th overall.