Button started the race from third on the grid in his Kunimitsu Honda and was immediately passed by a fast-charging Kazuki Nakajima, who went on to take the lead in the next dozen laps in his TOM'S Lexus.

The 2009 F1 world champion managed to hold position from Nakajima's team-mate Nick Cassidy on the opening lap, but was powerless to defend when the Kiwi staged another attack on lap nine of the 65-lap race.

After slipping into the clutches of the Zent Cerumo Lexus of Yuji Tachikawa, Button upped his pace and joined the back of a trio of cars, led by the polesitting ARTA Honda and followed by the Real Racing Honda and Cassidy.

Tachikawa managed to catch this trail of cars soon after and pass Button into Turn 1 just before one-third distance, with IndyCar-bound Felix Rosenqvist also fancying his chances a few corners later.

A safety car had to be deployed for a stranded GT300 car, preventing Button - and other Honda runners - from dropping further back through the field.

The intervention period lasted for four laps and Button handed the car to experienced team-mate Naoki Yamamoto as soon as the safety car peeled in on lap 24. He was running a net sixth at that time.

Although the Hondas didn't prove to be any faster in the second stint, with many cars even losing places in the pits, Yamamoto managed to stage an impressive fight up through the field.

The 2013 Super Formula champion passed the ARTA and Real Hondas in quick succession, ensuring he and Button finished a strong fifth. 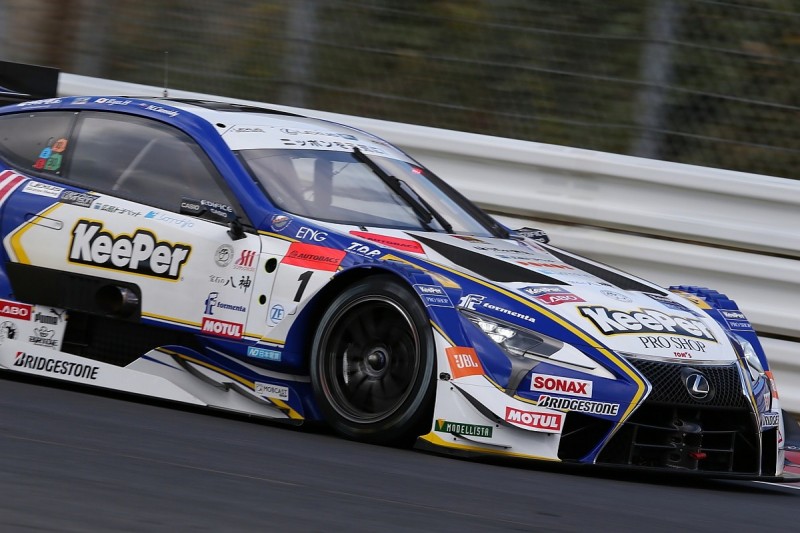 At the front of the field, TOM'S Lexus executed team orders six laps from the finish - granting the victory to defending champions Cassidy and Ryo Hirakawa.

That result means they are now level with Button and Yamamoto with 67 points each at the top of the table, with one race still to go at Motegi in three weeks' time.

Nakajima and his team-mate Yuhi Sekiguchi finished second, while Bandoh Lexus duo Kenta Yamashita and Yuji Kunimoto completed the podium spots from 10th on the grid after making a successful gamble on a two-stop strategy.