The FIA is looking to create a label incorporating its name that can be taken by international GT3 championships.

It will then bring together the most successful teams and drivers from each in what it is calling a "single-event concept".

The idea, proposed by the GT Commission and agreed to in principle by Wednesday's World Motor Sport Council, follows the decision of Stephane Ratel not to renew his deal with the sport's governing body for the championship known this year as the FIA GT Series.

The GT Commission voted against trying to find a new promoter for FIA GTs and came up with the alternative plan.

The plan is for an FIA label to be offered to international series running to GT3 regulations, subject to a licence fee and other criteria that would include the adoption of the governing body's Balance of Performance.

The World Cup would then be fought out by the top teams from series that take the FIA tag.

No timescale has been set for the introduction of the World Cup, but more detailed proposals will be presented at the next WMSC meeting.

International GT Open boss Jesus Pareja welcomed the FIA's idea. He stated that he wanted his championship to take the new label and that he planned to tender to become promoter of the World Cup.

"The World Cup could be a real success, so long as it is separate to any championship," he said.

"I would like to be the promoter and I have a lot of ideas for this event."

Ratel said he was not averse to his Blancpain Sprint and Blancpain Endurance series being part of the plan.

"Just because we are no longer the FIA GT Series does not mean we are divorcing ourselves from the FIA," he explained.

"We are very interested in the FIA doing the initial BoP, which could then be adjusted by the different series according to the tyres they run on and the type of circuits they go to." 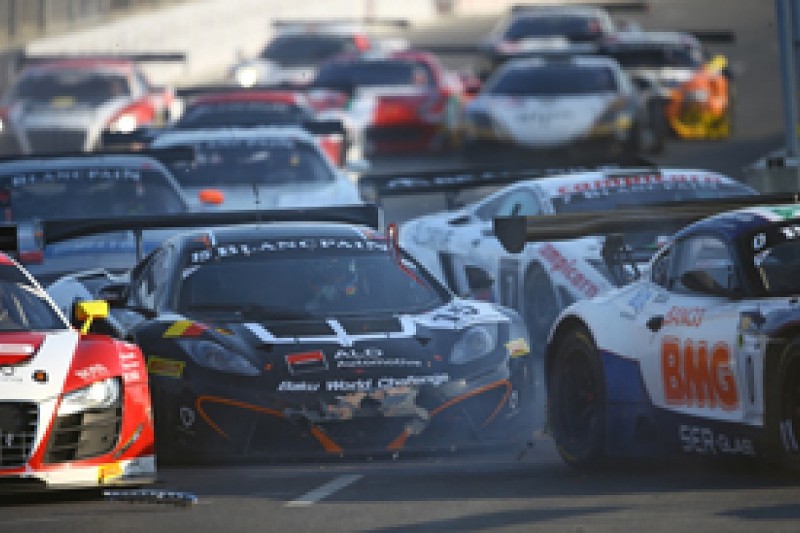 But he stressed that the idea of an end-of-season World Cup would only work if multiple GT3 series around the world became part of the FIA plan.

"We would need to have cars from GT300 in Japan [the secondary class in Super GT], from GT Asia and the Brazilian championship; it wouldn't work if you have three series in Europe signing up," he said.

He also said that it would be vital to find a venue willing to provide the finance to cover the costs of bringing a global grid together.

"I have told the FIA that I am interested to do it," he continued.

He did not rule out making the Azerbaijani street event in Baku next November a joint World Cup and Blancpain Sprint Series finale.
shares
comments
Previous article

Motorbase switches from Porsche to Aston Martin for GT programme