The GT rookie, who has raced in LMP2 in recent seasons, will drive a Mercedes-AMG GT3 run by the French Auto Sport Promotion squad in the five-race series, which includes the Spa 24 Hours in July.

His first team-mates will be 19-year-old fellow Russian Denis Bulatov, who is graduating to the GT ranks after racing in Formula Renault and the Renault Clio Cup then winning the 1.6-litre class of last year's Russian Touring Car Championship, and ASP regular Michael Meadows.

Petrov got his first taste of the Mercedes at Nogaro last week and is also due to test at Monza on Friday, before ASP moves onto Paul Ricard for the official BGTS pre-season test next week.

"Having a driver like him is good for us."

SMP has expanded its BGTS assault for 2018 to encompass series frontrunner ASP, which finished third at Spa and won the Barcelona finale last year.

It will also again field a Ferrari 488 GT3 together with long-term partner AF Corse. 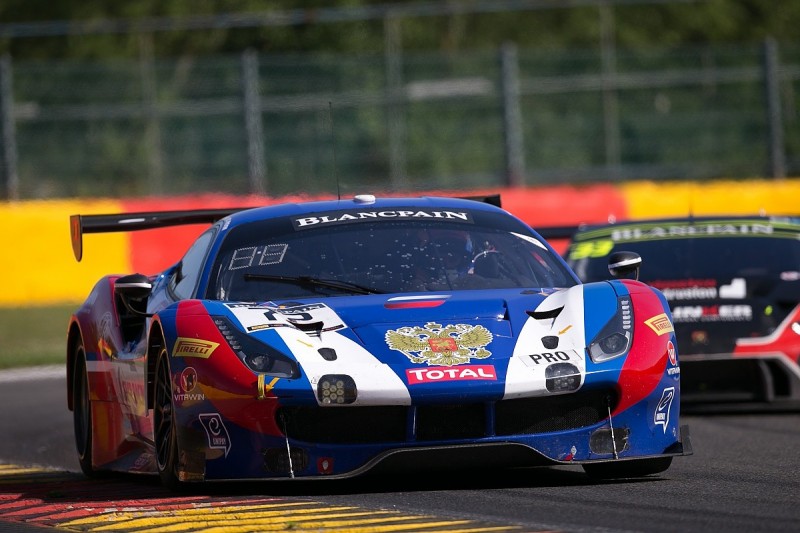 Former IndyCar driver and 2010 Formula Renault 3.5 champion Mikhail Aleshin, who is also part of SMP's LMP1 WEC assault with the new BR Engineering-AER BR1, has joined the BGTS line-up for 2018.

He takes the place of Viktor Shaytar alongside Ferrari factory drivers Davide Rigon and Miguel Molina.

ASP will field another Mercedes in the pro class with support from AMG.

DTM returnee Daniel Juncadella, who raced with Vautier last year, is expected to contest the three BGTS enduros that do not clash with the German touring car series.

Marciello will again contest the BGTS Sprint Cup together with Meadows in an ASP Mercedes.