The Briton has been replaced in the Swiss entrant's two-car line-up of Aston Martin V12 Vantages by Austrian Dominik Baumann for the blue-riband round of the Blancpain GT Series Endurance Cup at Spa on July 28/29.

Baumann, winner of the overall BGTS title with the HTP Mercedes squad in 2016, will share R-Motorsport's #62 Aston with factory driver Maxime Martin and Marvin Kirchhofer.

Brundle will now "prioritise R-Motorsport's 2019 programme", according to the team statement announcing the news.

R-Motosport is scheduled to switch from the V12 Vantage to Aston's new V8-powered car unveiled at the Le Mans 24 Hours last month.

Brundle, who is also racing for the Manor LMP1 team in the World Endurance Championship, said: "I have learnt a tremendous amount in the last three GT3 races and I look forward to continuing my work and partnership with R-Motorsport and turning my efforts and focus to the 2019 programme."

Prototype regular Brundle had the least GT3 experience of the six drivers signed by R-Motorsport ahead of its BGTS Endurance Cup campaign, having previously only raced a Mercedes at the Spa in 2013.

Baumann's inclusion in the team is at the moment just for Spa.

He will get his first experience of the V12 Vantage at Tuesday's official test day for the 24 Hours. 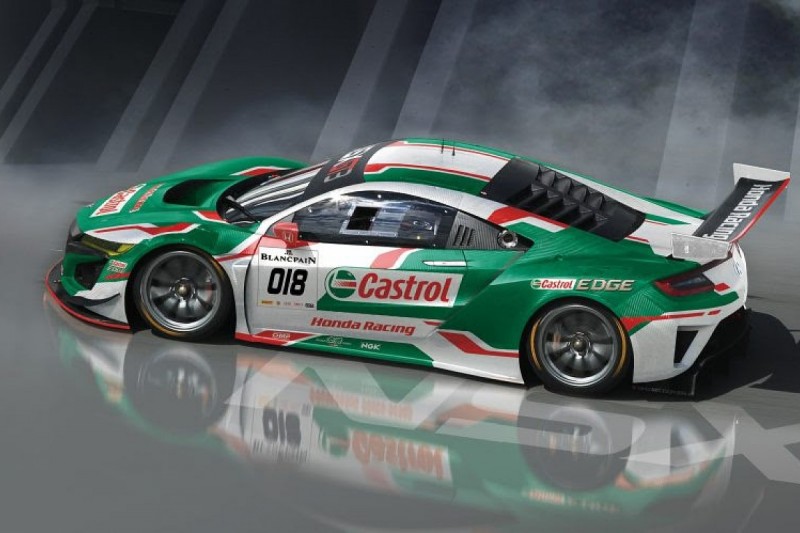 Esteban Guerrieri and Bertrand Baguette have been brought in to spearhead the driver line-up in the factory JAS-run Honda NSX GT3 at Spa.

Both have close links with Honda: Guerrieri races a Civic Type-R TCR for the Munnich Motorsport squad in the World Touring Car Cup; and Baguette drives for the Japanese manufacturer in Super GT in Japan.

Guerrieri has tested the NSX extensively this year and made his race debut in the car in the ADAC GT Masters series round at the Red Bull Ring in June.

The JAS squad have entered its NSX, which will run under the Castrol Honda Racing banner, in the pro-am category at Spa.

That means that Guerrieri and Baguette will be joined by two bronze or non-professional drivers, who will be announced at a later date.