British GT championship organiser SRO is "hopeful" of being able to stage its final round at Silverstone next weekend, despite the UK government announcing a four-week national lockdown from Thursday

Amid rising coronavirus cases, it was confirmed on Saturday that a second lockdown will commence on 5 November, two days before British GT's season finale, with the outright GT3 and GT4 championships both finely poised.

The three-hour Silverstone 500 is set to feature the biggest field of the season, with upwards of 30 cars expected including a one-off entry for 2009 Formula 1 world champion Jenson Button.

It was announced in September that the event would take place behind closed doors, after the previous rounds held in 2020 at MSV-owned circuits were allowed to permit spectators.

In a statement issued on Sunday, British GT said it will "await the outcome of discussions between Motorsport UK and the UK Government's Department for Digital, Culture, Media and Sport with regards the staging of sporting events behind closed doors during England's four-week national lockdown". 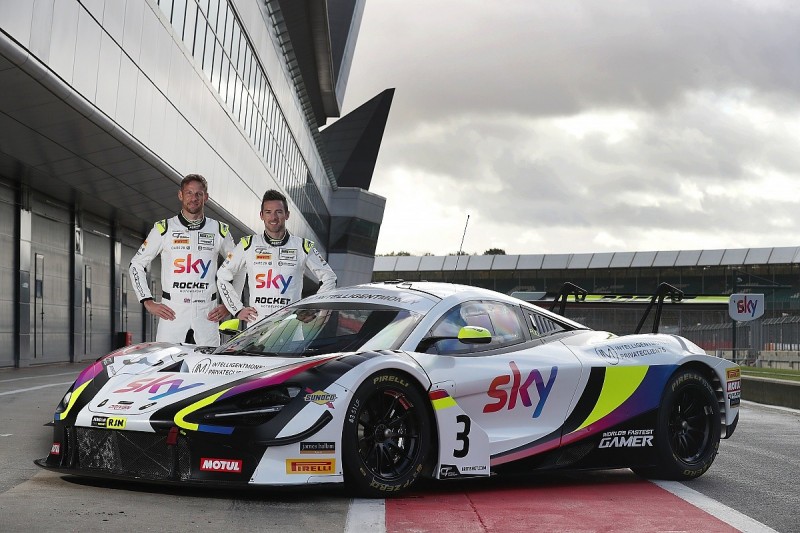 "Championship organisers have been in contact with the national governing body, Silverstone and the BRSCC since the government's announcement on Saturday", it said.

"Scheduled team announcements will continue on Monday and Tuesday while awaiting Motorsport UK's latest guidance. Championship organisers are hopeful that British GT's season finale will be staged as planned on 7-8 November."

A statement from Motorsport UK said it would "take the necessary steps to ensure that motorsport in England fully complies with DCMS protocols" and "provide further information and guidance to the sport on Monday 2 November following its consultation with DCMS".