He revealed that uncertainty over the terms of the UK's exit deal from the European Union explained why his Stephane Ratel Organisation had decided not go with Silverstone to fill a TBA in May on the provisional calendar published early last month.

"It is the Brexit effect," said Ratel, who had previously stated that Silverstone was one of two candidates to take the final Endurance Cup slot in the series formerly known as the Blancpain GT Series.

He explained that there had been resistance to racing in the UK from the teams that compete in the support series on the Endurance Cup bill, such as the Lamborghini Super Trofeo.

Without the support series, he stressed the event would not be financially viable.

"None of our international support races wanted to come and we can't go to a circuit where we [the GTWCE] are alone," he said.

"At a time when we need to publish a calendar, there are too many uncertainties.

"There are a lot of fears among the teams: they say we are hearing stories that we will need five days to cross the channel [as a result of increased customs controls].

"For our teams [in the GTWCE] it would not be a problem, but the smaller teams that run in the support series were not ready to do it."

Silverstone boss Stuart Pringle described losing a fixture that has run across multiple SRO-run international series over the past 20 years as "an enormous disappointment".

"It is dispiriting to lose it for something that is beyond our control," he said.

"Stephane has been extremely open with us and kept us fully informed along the way."

The fifth enduro on the GTWCE calendar will now be held at the Barcelona circuit on 10 October, the Spanish track having previously been listed with a Sprint Cup event.

Silverstone was originally on this year's GTWCE calendar with a date in May, but it was cancelled along with the Brands sprint as the COVID-19 pandemic took hold in April.

Both Ratel and Pringle expressed hopes that Silverstone will return to the GTWCE calendar in 2022.

"It is very sad because we have been at Silverstone forever, but this doesn't mean we won't go back to Silverstone one day," Ratel said. 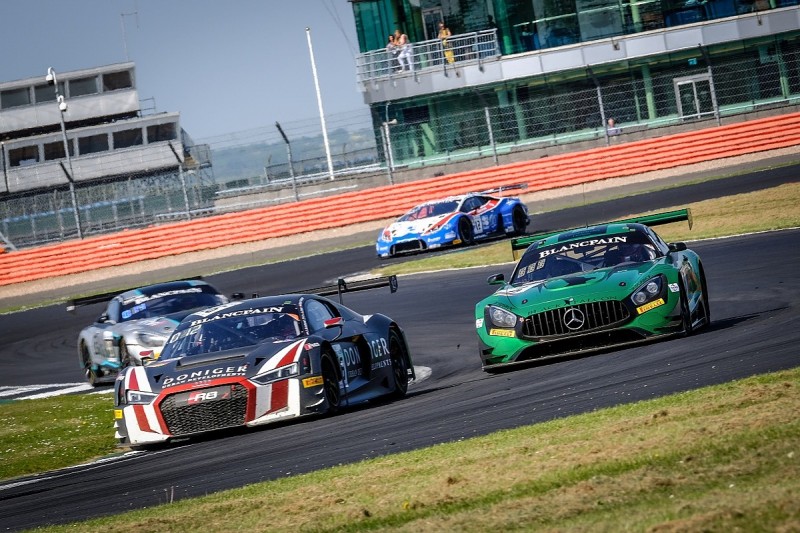 Pringle added: "I sincerely hope we see the series back in 2022 when we have the hotel and luxury residences available, which will make Silverstone even more attractive for a lot of Stephane's drivers."

Ratel made the distinction between its arrangements with Silverstone and Brands Hatch, which has maintained its slot on the GTWCE Sprint Cup calendar with a 2 May date.

SRO hires Silverstone and puts on the whole show, whereas Brands owner MotorSport Vision provides the support bill for its fixture.

But he stressed that Brexit could still cause issues for the Brands event, because it has been scheduled only a week ahead of the following Sprint Cup round at Magny-Cours.

"If we find out in January or February that you need five days to cross the Channel, of course it will be a problem," he said.

One TBA remains on the 2021 GTWCE calendar in September and the Hungaroring is one of two candidates to hold the event.

Silverstone will continue as part of the SRO-run British GT Championship next year with its now traditional three-hour race, and that meeting will also incorporate a new series aimed exclusively at amateur drivers.

The new series will be known as GT Rebellion in deference to title sponsor Rebellion Timepieces, which has now ceased its long-standing involvement in the LMP1 class of the World Endurance Championship.

GT Rebellion will be split into two classes, one for current GT3 machinery and one for the previous generation of cars, with the possibility that GT4 cars will also be allowed.

The series copies the two-driver/three-pitstop format of the 180-minute British GT event held at Silverstone since 2012.

The four-round schedule includes races at Monza, Hockenheim and Spa.