Brands Hatch will return to the GT World Challenge Europe next year as part of calendar largely unchanged from the original 2020 schedule.

The British circuit will host a Sprint Cup round of the GTWCE, formerly known as the Blancpain Endurance Series, in the traditional early-May slot it has occupied on the calendar since 2014.

Brands dropped off this year's calendar, along with the GTWCE Endurance Cup round at Silverstone, in April as a result of the coronavirus pandemic, with all GTWCE races occurring within mainland Europe.

Silverstone could also return to the championship, according to GTWCE boss Stephane Ratel.

A track that has hosted a round of an international series run by the Stephane Ratel Organisation in 20 of the past 21 seasons is one of two options for a pair of TBAs on the provisional calendar announced on Friday.

"It will be Silverstone or another track," Ratel told Autosport.

"We need a bit more time to make a decision on which is the best for us."

Ratel explained that he was happy with a 2021 calendar that he described as having "a familiar look".

"At the start of the year we had 54 full-season entries for Endurance and 34 for Sprint, so we don't need to change anything," he said. 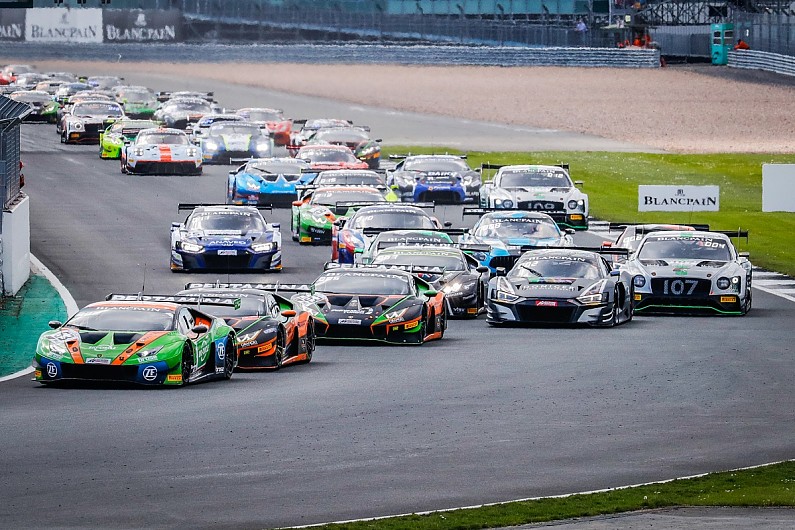 The GTWCE will begin at Monza in April as it has every season since the season was inaugurated as the Blancpain Endurance Series in 2011.

The double-points Spa 24 Hours round remains at the centre of the championship, while the events at Paul Ricard and the Nurburgring maintain their slots.

The final sprint round also remains a TBA alongside the regular fixtures at Brands, Zandvoort, Misano and Barcelona.

The start of this year's GTWCE was delayed until July by the world health crisis.

The season has been reduced from 10 to eight weekends, while maintaining the same amount of racing.

Two of the four sprint events include a third race, while the Nurburgring enduro has been increased in duration from three to six hours.