Ben Barnicoat and the Jota team claimed McLaren's first pole position in the GT World Challenge Europe Sprint Cup for five years at Brands Hatch - only to be given a two-place grid penalty post-qualifying.

Barnicoat topped the times in Saturday's opening qualifying session aboard the McLaren 720S GT3 he shares with Ollie Wilkinson to grab pole for the first of the two races on Sunday only to be awarded a two-place grid penalty for a driving infraction.

It would have been the first time that a McLaren has taken the top spot since 2016 when Alvaro Parente qualified at the front of the field in a Garage 59-run 650S GT3 at the Nurburgring when the championship was known as the Blancpain GT Series Sprint Cup.

The Jota McLaren jumped to the top of the timesheets in the closing minutes of the 20-minute session with a 1m24.341s lap of the former British Grand Prix venue.

The Belgian driver's 1m24.413s was then bettered by Timur Boguslavskiy, who posted a 1m24.405s in the fastest of the Auto Sport Promotion Mercedes-AMG GT3s.

That subsequently gave him pole after Barnicoat was awarded the penalty for impeding a rival during the session.

Toksport Mercedes driver Luca Stolz ended up fourth with a 1m24.427s set early in the session.

Ricardo Feller was fastest in the Silver Cup class for the Emil Frey Lamborghini team. 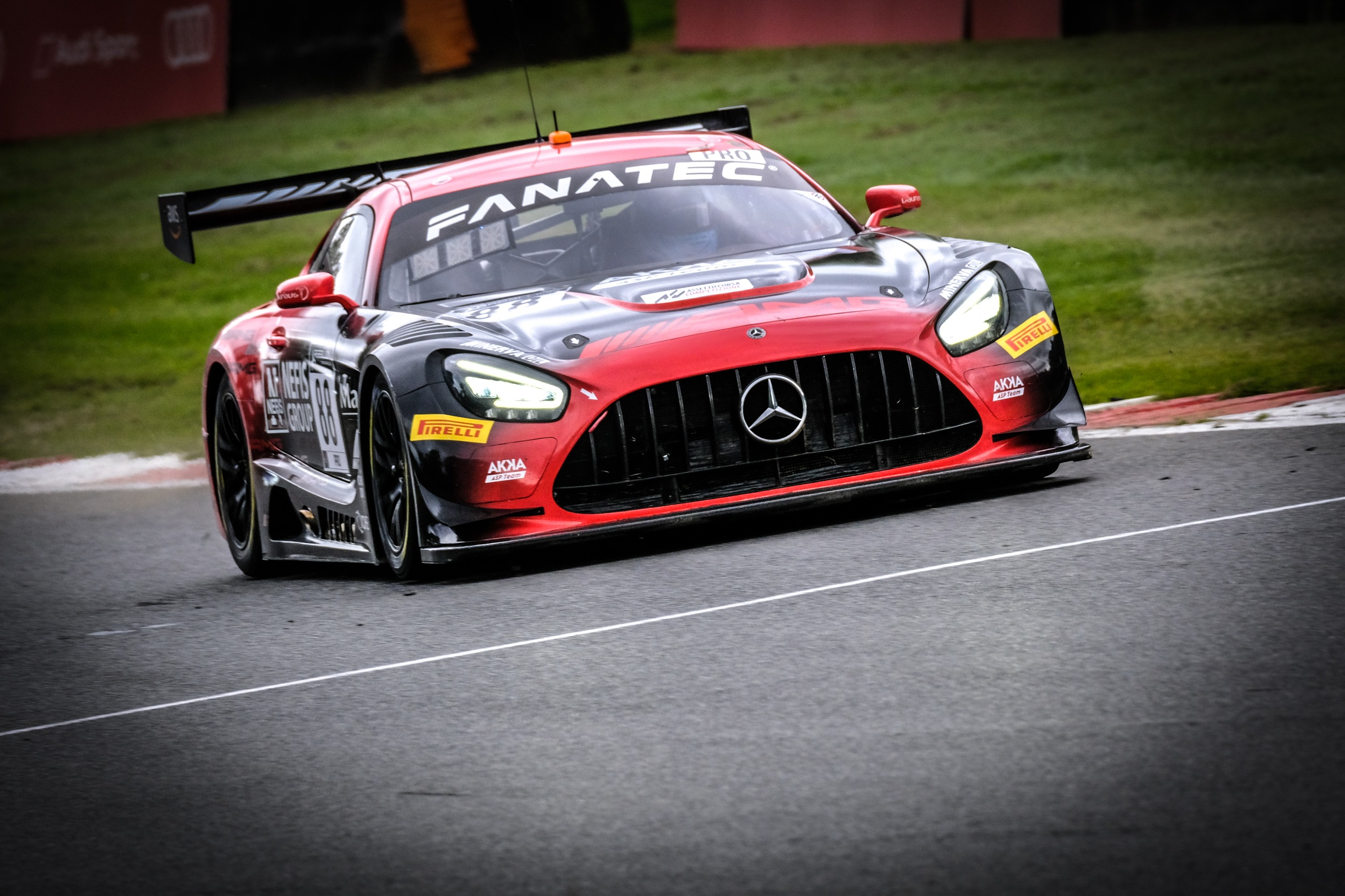 The Swiss posted a 1m24.493s in his Lambo Huracan GT3 Evo, which was good enough for the class pole despite a late charge from CMR Bentley driver Pierre-Alexandre Jean

Raffaele Marciello, Boguslavskiy's co-driver in the #88 ASP Merc, took the pole for the second of the two races.

The Italian went fastest with a 1m23.660s before a light rain shower brought the field into the pits.

Dries Vanthoor, who partners Weerts at WRT, returned to the track with just three minutes left on the clock and jumped to second with a 1m24.865s.

His time was beaten by Maro Engel, who went a tenth faster with a 1m23.751s in the Toksport Mercedes he shares with Stolz.

Jules Gounon took fourth position on the grid for race two in the second of the trio of ASP Mercs.

The Colombian's 1m23.920s put him just over a tenth up on ASP driver Jim Pla.

The opening race on the penultimate weekend of the GTWC Sprint Cup starts at 11:00am local time on Sunday.