The event on May 17-18 for the championship known this year as the FIA GT Series will be the first major sportscar fixture at the venue since the 1996 Global Endurance GT Series race run by the BPR Organisation.

Series boss Stephane Ratel said he phoned MotorSport Vision boss Jonathan Palmer at Brands Hatch when he heard that the circuit had disappeared from the DTM calendar.

"I jumped on it as soon as I saw that the DTM would not be going to Brands in May and luckily I was able to convince Jonathan to come with us," he said.

"When Jonathan does something, he does it well. This is another step in the right direction for us."

Ratel had previously looked to host a round of the FIA GT1 World Championship at Brands in 2011, but the deal fell through.

Palmer explained that he believes that Ratel's Sprint championship will flourish after taking the same name as the successful Blancpain Endurance Series.

"We know the Blancpain Endurance Series is very successful and taking that brand over to the Sprint Series can only help it grow," he said.

"It is a great series with fabulous cars and it is an event where we can have more control over the programme [than with the DTM].

"I am sure it will be a great substitute for the DTM." 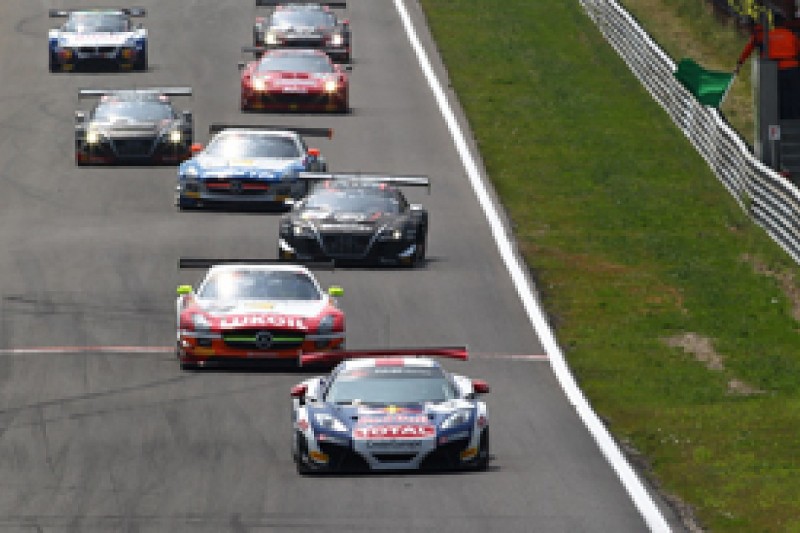 Next year's Sprint calendar has been increased from six to seven races, although two of the events remain provisional.

Brands fits into the spot previously occupied by Zolder on this year's FIA GT calendar.

A race at the Algarve circuit, which was a regular on the GT1 World calendar in 2010-12, slips in between the existing Slovakia Ring and Navarra events.

The arrival of watch maker Blancpain as a sponsor and the fact that all the circuits are paying a fee to host the races has allowed Ratel to pay prize money of €100,000 (£85,000) per round.

A new category called the Silver Cup will be introduced for next year for pairs of young up-and-coming drivers under 25.