AMR will be making its first bid for outright honours with a GT3 car in the Nordschleife enduro in two years.

The Prodrive-run AMR squad will field a sole V12 Vantage GT3 in the SP9 category for Maxime Martin, Nicki Thiim, Marco Sorensen and Darren Turner at the 24 Hours on May 12-13.

Alex Lynn and Jonny Adam will drive an SP8 class V8 Vantage GT4, fielded in conjunction with a crew from Aston's development centre at Gaydon.

They will drive alongside Aston regular Peter Cate and Jamie Chadwick, the only female driver to win a British GT Championship title.

The GT4 entry will be defending the class victory secured last year by an Aston Martin Vantage GT8.

AMR team principal Paul Howarth said: "We are bringing a very strong driver line-up with considerable experience of the N24 in a proven car.

"Our clear objective is to get the best result possible and to build our drivers' experience for the future."

AMR president David King explained that this year's Nurburgring 24 Hours would be the "factory swansong in a major 24-hour event" for the V12 Vantage.

Aston has a new GT3 car based on the latest Vantage already under development.

"Deploying all of our current WEC GTE Pro line-up means we are ensuring that we keep them both well-prepared for other notable 24-hour events coming up on the calendar and familiar with the N24 with a view to whatever approach we may take to the event in 2019 and beyond," he said.

The two factory Astons will race in AMR's traditional 'sterling green' rather than the new colour scheme that will debut on the GTE Pro cars in the WEC at the Spa series opener next month.

Both cars will take part in this weekend's six-hour qualifying race for the 24 Hours. 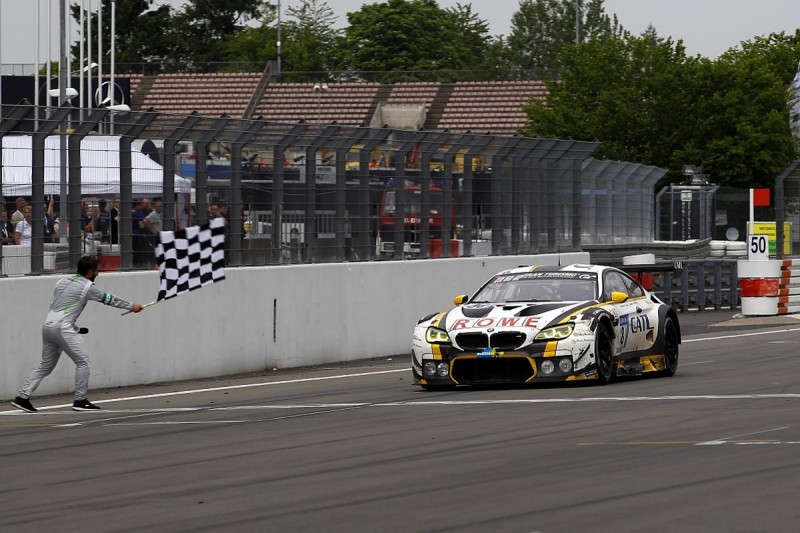 BMW will be represented by five M6 GT3s at the Nurburgring 24 Hours, a pair each run by the Rowe Racing and Walkenhorst Motorsport teams and one by the Falken squad.

Factory drivers on the German manufacturer's roster for the Nurburgring include WEC and DTM racer Augusto Farfus Jr, and Alexander Sims, Martin Tomczyk and Nicky Catsburg.

Black Falcon and HTP will each run two factory Mercedes-AMG GT3s at the 24 Hours with Edoardo Mortara, Daniel Juncadella and Renger van der Zande among the drivers.

Audi will again have four factory cars, but this year each will be run by a separate team.

Phoenix, WRT and Land are joined by the Mucke-run BWT squad as a works entrant.