The Monza round of the renamed GT World Challenge Europe Endurance Cup next month has been cancelled as a result of the coronavirus outbreak.

The cancellation of the opening round of what was formerly the Blancpain GT Series Endurance Cup scheduled for April 19 follows the announcement by the Italian government of strict quarantine rules in the north of the country affecting some 16 million people.

The restrictions apply to 14 provinces, including Lombardy in which Monza is situated, until April 3.

Italy is now the worst affected country outside of China - where the outbreak started - with more 7375 confirmed cases and a death toll of 366.

The 2020 GTWCE endurance season will begin with the Silverstone fixture on May 10 originally planned as round two.

The GTWCE Sprint Cup event scheduled for Barcelona on October 11 will become the fifth and final enduro and an additional fixture at Imola on October 31/November 1 will accommodate the last sprint round. 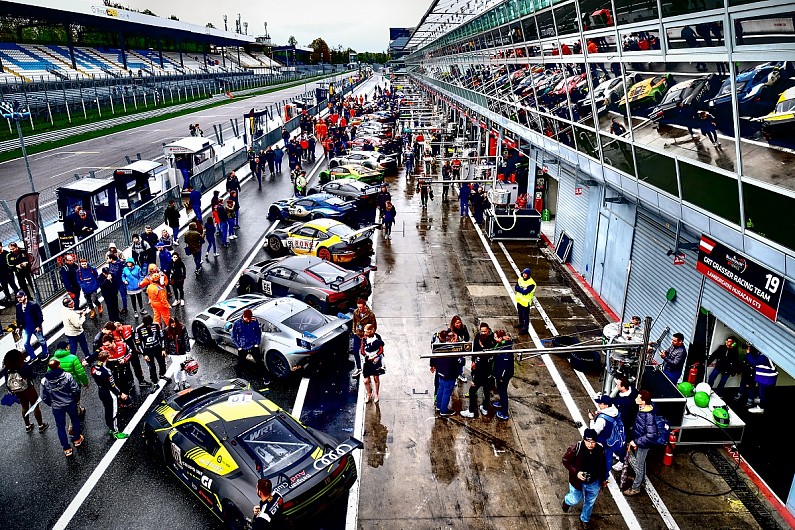 The Formula Renault Eurocup opener on the bill over the Monza weekend has been rescheduled.

A round at Hockenheim on October 2/4 has been added to maintain a 10-event calendar.

The pre-season GTWCE test at Paul Ricard scheduled for Thursday and Friday of this week is going ahead.

Collective FRenault tests at Valencia and Barcelona this week and next are also unaffected by the Monza cancellation.

This comes amid a slew of cancellations and postponements due to the COVID-19 outbreak, with Rome's Formula E race postponed, while the opening two rounds of the MotoGP World Championship were axed from their slots.

Formula 1's Chinese Grand Prix had already been postponed, while next week's Bahrain race will be held behind closed doors as a preventative measure against a possible spread of the virus.