The Formula 4 United States Championship has been launched by the Sports Car Club of America's Pro Racing division for 2016 with a one-make chassis built by Crawford Composites and a 2.4-litre direct-injection engine supplied by Honda Performance Development.

Stefano Domenicali, president of the FIA single-seater commission, said: "The way F4 is growing around the world, it was imperative to find a home in the USA.

"F4 is the first step on the ladder after karting and we want to give the talent in this country the same chances as drivers elsewhere."

SCCA Pro Racing boss Robert Clarke explained that it was important that the US series was based on locally-built machinery.

"Cost is an issue and by not importing cars, you are not dealing with with the headaches of important duties and shipping," he said.

"It also simplifies the issue of trackside support."

F4 in the USA will begin next season with a five-date, 15-race series run by the SCCA at East Coast venues.

Clarke did not rule out separate East and West Coast series in the future.

The car is based on the Crawford-built FL15 chassis developed for the new-for-2015 Formula Lites series run by the SCCA.

A show car built around a FL15 monocoque, but with F4-spec aerodynamics, was unveiled on the launch of the F4 championship on Thursday at Austin.

Testing of the definitive car is scheduled to begin next month in the hands of Katherine Legge, who also carried out development work on the FL15.

Clarke insisted that F4 in the USA would not be a rival to the Road to Indy ladder, which begins with the US Formula 2000 National Championship.

"In my opinion this will be a feeder into the Road to Indy," said

"I hope we can work together to put more kids into cars, more drivers on the track and more fans in the grandstand."

Clarke said that he hoped the launch of F4 in the USA would help re-establish the SCCA as one the major sanctioning bodies in North America. 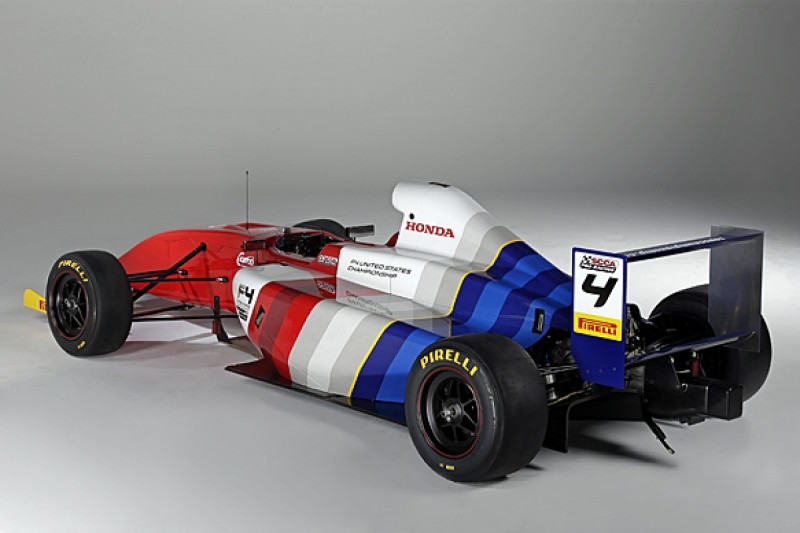 Jason Plato returns to Race of Champions for 2015 London event