The new McLaren runs a 3.8-litre twin-turbo V8 engine and will be the first homologated GT4 car to run with a carbon fibre tub. The McLaren factory has developed the car in partnership with CRS GT.

Ecurie Ecosse will field the GT4 entry for the full season, helping the development of the car before its general release later this year through its partnership with McLaren's Garage 59 organisation.

Mitchell will become the youngest driver ever to race in British GT, having only turned 16 this month.

He won the 2014 British Super One Junior Max karting title then finished seventh in the MSA Formula points with two race wins during his maiden car racing campaign.

"This is a huge break for both my career and Sandy's," Haggerty said. "It's been a hard winter putting a GT deal together but to get a chance to run with a manufacturer like McLaren with a new programme is a dream.

"I've not tested the GT4 yet, but I did do eight laps in the 650S GT3 last year. It's a very different driving style to single-seaters, getting used to the braking and the extra dive and roll of the car due to the weight difference, and also using systems like ABS and traction control.

"Sandy's a top driver and between us we'll make one of the strongest pairings in GT4. McLaren wants this season to be all about development for the 570S GT4, so there's not huge pressure, but we both want to perform to our best and fight for wins."

Ecurie Ecosse patron Hugh McCaig said: "It is a fantastic feeling to see two of Scotland's young superstars take the next step in to top-level GT racing."

The team will also run a single McLaren 650S GT3 for Rob Bell and Alasdair McCaig. 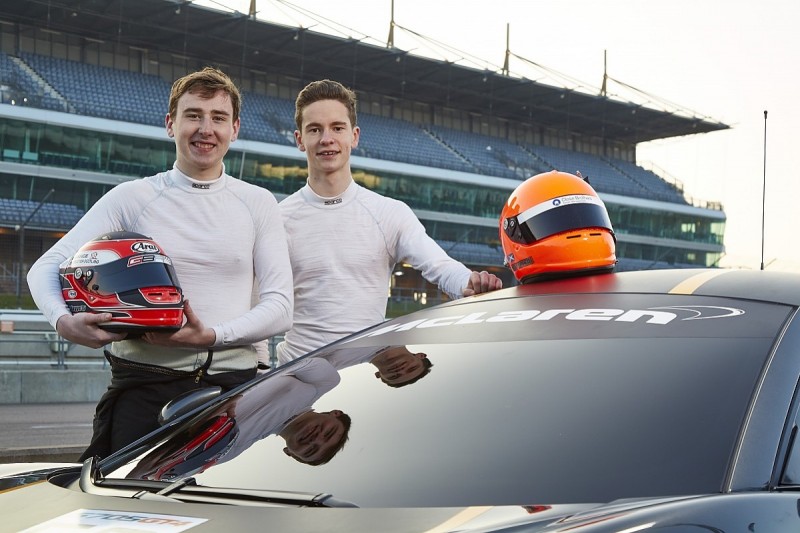