The Alps-based winter series has switched to fully-electric cars and the DA Racing team will run a brand-new Renault ZOE, which was revealed in Paris on Tuesday.

"I think I'm in a position where I can win races and be on the podium this year," Prost told Autosport.

"To win the championship is going to be very hard because you have to be there every weekend and sometimes you can have one bad qualifying and you lose a lot of points."

While Prost won the first ever electric Andros Trophy support category in 2010, he has never completed in a full campaign in the top Elite Pro category.

But he has already raced an Exagon Engineering electric development car in the series and expects to improve quickly as he is racing in every event of this year's competition.

"I still feel I have a lot to learn, and to have JB [Jean-Baptiste Duboug, the defending champion] next to me [as Prost's team-mate] is going to be a big help.

"Track evolution, managing the tyres - everything is a big key to winning in Andros e-Trophy.

"I know I'm going to have one of the most competitive cars, if not the most, so I obviously everything is on my side now to do well."

While Prost is relatively inexperienced in the Andros e-Trophy compared to some of his rivals, he is well-versed in electric motorsport after racing with Renault e.dams FE team for four seasons alongside Sebastien Buemi.

"I have a lot of experience from Formula E and I can help the team because I know how electric technology changes the reaction of the chassis, which a lot of people don't know about," he said. 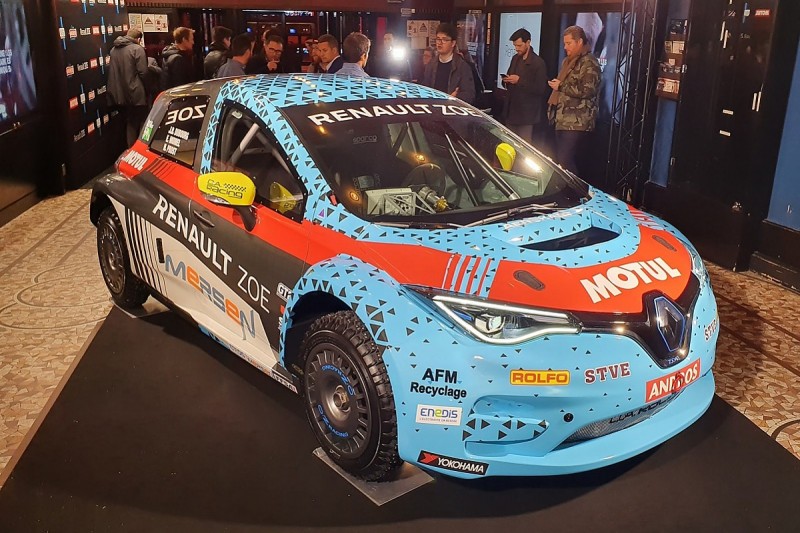 Sebastien Loeb Racing, Sainteloc Racing and Yvan Muller Racing are expected to be among DA Racing's biggest challengers this winter, but rallycross and ice racing specialist Dubourg has high hopes.

"I have big expectations for sure - my only ambition is to continue this series [of titles]," he told Autosport.

"But there is a lot of new stuff. Electric motors are really a new thing for a lot of people and for me, so it changes the driving style a lot and how the car is set up by the engineers.

"There are a lot of new teams and drivers, I'm very excited to compete against them."