Champion Racing, which won Le Mans in 2005 with an Audi R8 LMP prototype, will field a Porsche 911 GT2 RS Clubsport for Frenchman Dumas in the 12.42-mile hillclimb in Colorado on 27 June.

It will be the first time that Champion has had an involvement in motorsport since the end of the factory Audi American Le Mans Series programme at the climax of the 2008 season and the first without company founder Dave Maraj, who died in 2018, at the helm.

The car will be run in the Time Attack 1 production class by Champion Motorsport, the tuning and wheel-manufacturing sister company of the Florida Porsche dealership that spawned the race team in the 1990s.

Champion Porsche general manager Mike Peters, who was director of race operations at Champion Racing as well as its first driver, told Autosport: "When we lost Dave, his sons Mitra and Naveen took over the business and it was only a matter of time before they wanted to get back into motorsport again.

"Pikes Peak is something we haven't done before: it's a single event and something where Mitra [who is president of the dealership] can get his feet wet without jumping into a full season.

"It is an opportunity to Champion to jump back in and for Mitra to get a read on where he wants to go in the future.

"But at this point he and Naveen [who is the boss of Champion Motorsport] are concentrating on it as a single event and putting their best foot forward." 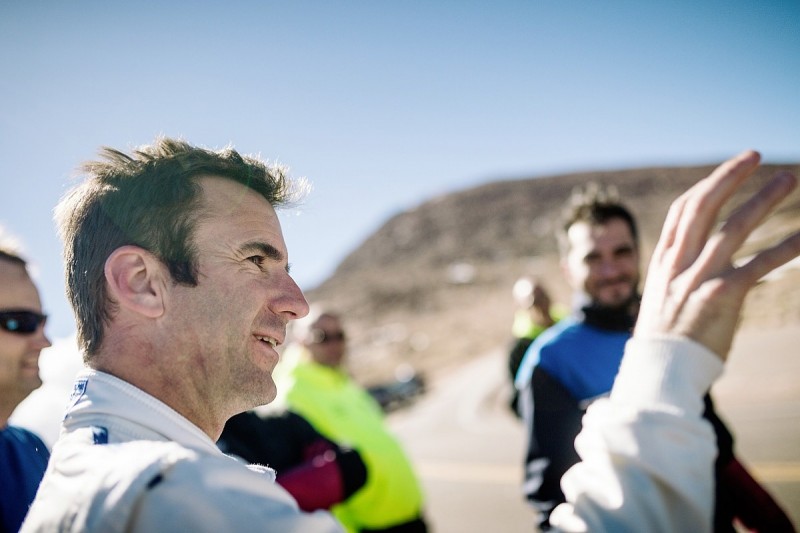 "Other drivers were considered, but when we realised Romain was available and then had some discussions with him, we decided he was the best option for us," said Peters.

"He brings more to the table than just driving the car to the top of the mountain."

Peters also revealed that Champion had evaluated modifying its Porsche to run in the unlimited class.

"We've jockeyed back and forth on running more aggressive aerodynamics and making some other changes," he said.

"But we only started looking at this in October, November time, so with the time we had, that would have been a more difficult class for us to go into."

Champion Porsche took its first steps in motorsport in 1993 when aspiring racing driver Peters joined its sales staff, with the team contesting the Sebring 12 Hours with a Porsche 911 Carrera 2 in only its second event.

It raced a variety of Porsches through the 1990s, culminating in a 911 GT1 Evo in 1998 with which it finished third in that year's inaugural Petit Le Mans enduro at Road Atlanta.

It briefly competed with a Porsche-engined Lola B2K/10 before getting its hands on one of the first customer Audi R8s in 2001.

It won back-to-back ALMS titles in 2004 and 2005 with the R8 before it became Audi's factory representative in North America in 2006, taking three more titles with the Audi R10 TDI.