Jenson Button claims he spent 17 hours stranded in the desert during his off-road racing debut, after his truck's differential broke during the Baja 1000

The 2009 Formula 1 world champion was contesting the multi-class off-road classic in a spec Trophy Truck, sporting similar colours to those used by Brawn GP during his title-winning F1 campaign.

Button hit trouble in the Mexican event when he and his co-driver Terry Madden heard a "loud clatter" and lost all drive.

"We come away from the Baja 1000 with a story to tell, not the one we wanted but a great Baja story all the same," Button posted on Instagram.

"[We] started well, passed five moving trucks and then another seven/eight broken or crashed, found a really good rhythm of looking after the truck when needed and hammering the fast flowing sections.

"At mile 235 Terry Madden my co-driver and I heard a really loud clatter and lost drive, we had broken the differential."

Button said the breakdown was peculiar because "all temps were good" and that he and Madden had taken care of the truck, but added "this happens".

"The problem was we had found the most remote place to breakdown which meant we spent the whole night and a total of 17 hours under the stars," he continued.

"The only people we saw were other racers asking us to wipe their dirty light bars clean.

"Fuelled by energy bars and a fire that needed constant help as all we could find was twigs, Terry and I could just enjoy the moment of peacefulness by telling stories which always ended with "it's Baja".

"A life experience but not the one I expected. But I'll take it."

Since retiring from F1 following a long stint with McLaren, Button has contested Super GT in Japan, winning the title in 2018, and also took part in the '18/19 World Endurance Championship with the SMP Racing LMP1 outfit.

He has ended both programmes, but said earlier this month he plans to return to the WEC when the top-class hypercar rules are introduced, and that he wants to run in more one-off events.

He was able to continue, though he and co-drivers Jeff Proctor and Pat Dailey ultimately retired. 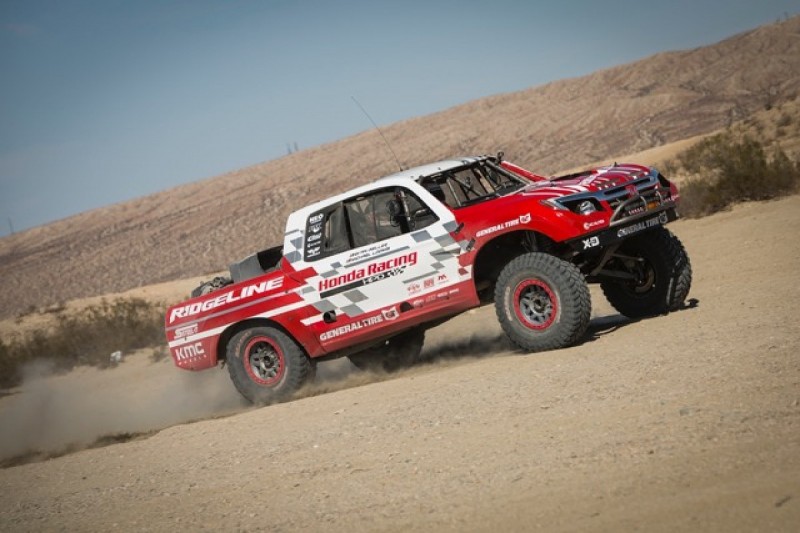