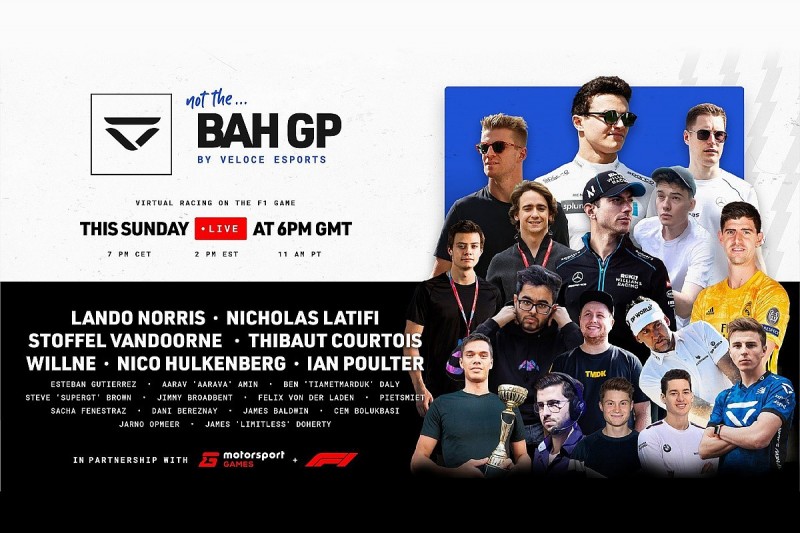 Alfa Romeo F1 Esports driver Bereznay dominated the opening race from pole position taking his second successive victory in the series, which aims to fill the void left by the postponed F1 season.

Opmeer started the race third behind Baldwin but overtook the British driver on the third of 14 laps for second place.

Toro Rosso Esports' Cem Bolukbasi took fourth position ahead of Latifi - the highest-placed of the current and ex-F1 drivers on his debut.

Ex-Renault Esports driver James Doherty was fighting Bolukbasi for fourth place, but an incident left him ninth at the chequered flag ahead of Lando Norris, who collided with Daly on the opening lap.

The finishing positions were reversed for the reverse-grid race, meaning YouTuber Will 'WillNE' Lenney started from pole position alongside streamer Steve 'SuperGT' Brown.

WillNE was involved in a number of incidents while SuperGT was swallowed up by the F1 Esports regulars.

Bolukbasi came out on top while Baldwin made it two podiums from two races. His Alfa team-mate Bereznay completed the top three ahead of Opmeer and SuperGT.

Doherty recovered from his disappointing opening race to finish in sixth. Norris crossed the line in sixth but was demoted to seventh place after speeding in the pitlane.

Former Sauber and Haas F1 driver Esteban Gutierrez was ninth ahead of Latifi, who collided with Aarav 'Aarava' Amin during a frantic final lap tussle.

Real Madrid goalkeeper Thibaut Courtois took 12th position while pro golfer Ian Poulter struggled to get to the grips with the game's demands and finished 20th and last.