Three-time grand prix winner Johnny Herbert made the strange choice to cut Turn 1 on lap one to rise from P16 to first place.

He was handed a penalty but before he had a chance to serve it, he was demoted on-track almost immediately by polesitter Eng.

On lap four of 14, Zhou wrested the lead from Eng into Turn 4 after a lengthy wheel-to-wheel battle.

Once Zhou emerged from his one mandatory pitstop, he set the fastest lap and held a nine-second lead when Eng made his pitstop a couple of laps later.

Zhou remained untroubled thereafter taking the chequered flag by 11.392 seconds ahead of Stoffel Vandoorne, who wheel-banged his way past Eng for second place on the penultimate lap. 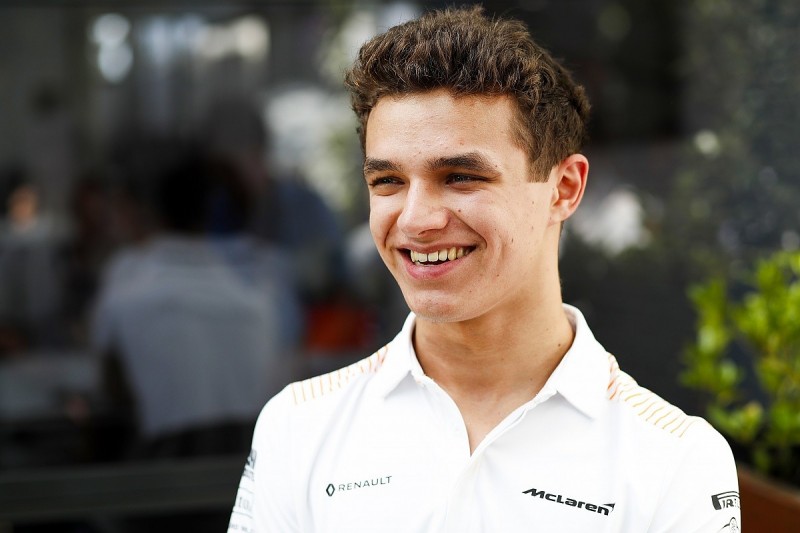 The duo disconnected from the qualifying session, and the original planned race distance was halved in order to garner enough time for Norris to enter the race.

The 20-year-old was suffering technical issues and called his team-mate Carlos Sainz for help as well as Max Verstappen, McLaren boss Zak Brown and fellow 2019 rookie George Russell among others.

Norris' car was controlled by the computer for the first half of the race before he eventually joined the race and hunted down Broadbent for fourth place.

The duo collided at the final corner on the final lap, with Broadbent scrambling back to the circuit first to take fourth from 20th and last on the grid.

Gutierrez and Hulkenberg featured in arguably the most entertaining multi-lap wheel-to-wheel battle. Both were recovering from opening lap collisions, with Gutierrez leading Hulkenberg in 10th place.

F1 confirmed that the Virtual Grand Prix will return in two weeks' time at the virtual Albert Park circuit.