Autosport unveils Rally and Rookie of the Year Awards nominees

The 2020 edition of the Autosport Awards will be online, with increased digital coverage, and will continue the tradition of celebrating the best of the motorsport season.

Autosport.com subscribers and magazine readers will be able to vote for the nominee they think performed best in each category during the season. The winners will be announced in December, again across multiple digital platforms, as well as Autosport magazine, which is celebrating its 70th birthday in 2020.

The Rookie Award is open to professional drivers in their first season in their respective categories. Formula 1 stars Jenson Button, Lewis Hamilton, Max Verstappen and Charles Leclerc have all won the Award.

To have your say on the 2020 winners, go to awardsvoting.autosport.com.

Alongside six-time World Rally champion Sebastien Ogier at Toyota, Evans has been incredibly consistent this year. He has finished in the top four in each of the six rallies so far and, with one round to go, has a 14-point lead as he bids to be the first British WRC champion since 2001.

The perennial bridesmaid, Neuville started the season well with a victory on the Monte Carlo Rally. Things got away from the Belgian after that, but second places in Turkey and Italy have kept Neuville - winner of more 2020 stages than anyone else - in mathematical title contention.

Having finally lost his crown in 2019, Ogier made the switch to Toyota, taking the slot vacated by world champion Ott Tanak. Predictably, Ogier was immediately a factor at the front, finishing second on the Monte Carlo Rally and winning round three in Mexico, though a retirement in Turkey could prove costly.

The reigning World Rally champion made a bold move in leaving Toyota and heading to Hyundai for 2020. Things didn't start well, with an enormous off on the Monte Carlo Rally. But Tanak bounced back and won his home event in Estonia as the truncated season restarted in September. 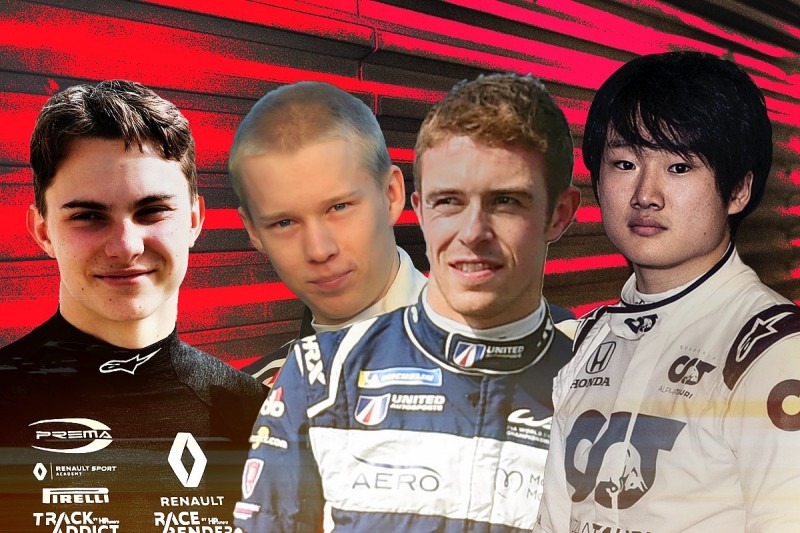 It may seem strange to describe a former DTM champion and the veteran of 59 grands prix as a rookie, yet di Resta counted as just that in the 2019-20 World Endurance Championship. The Scot impressed in his first full season in LMP2, driving for United Autosports, and took the title together with Phil Hanson and Filipe Albuquerque.

This Australian had combined fantastic racecraft with pace to win the Formula Renault Eurocup crown in 2019, and he needed all those racing smarts in his rookie FIA F3 season in 2020. Somehow, Piastri won a gripping three-way final-race fight for the crown with Prema Racing despite never qualifying on the front row.

Son of 2001 Rally Sweden winner Harri Rovanpera, the 2019 WRC2 Pro champion has underlined his rising star status in his first full season in World Rally Car machinery. The Finn, who turned 20 in October, joined Sebastien Ogier and Elfyn Evans at Toyota and has already taken his first overall podium and stage wins.

Carlin this season got its cheerful, humble, maximum-attack Japanese successor to its first ever champion, Takuma Sato. Red Bull and Honda protege Tsunoda has been an utter star in his rookie F2 season, with three poles, two wins and, the signals are, a surprise graduation to F1 for next year with AlphaTauri.