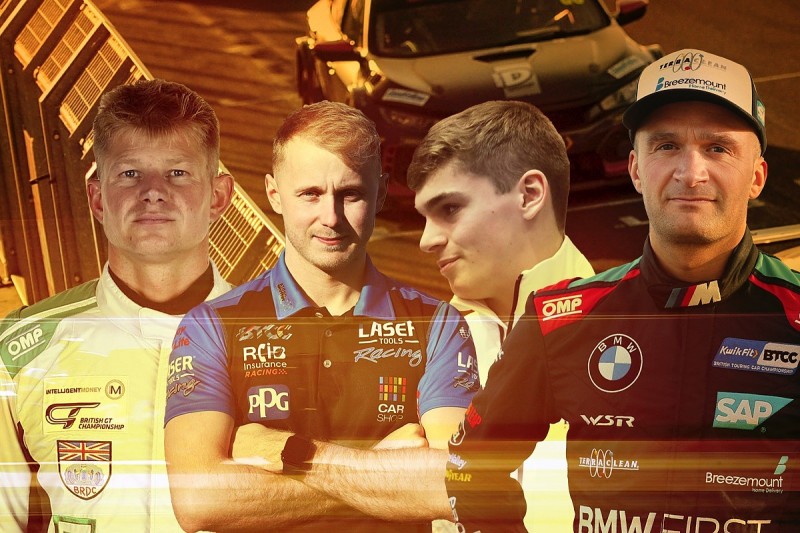 The 2020 edition of the Autosport Awards will be online, with increased digital coverage, and will continue the tradition of celebrating the best of the motorsport season.

The National Driver Award is open to drivers competing in the BTCC, British GT or at FIA Formula 3 level. Turkington won the Award last year and has taken the laurels three times, while other winners include BTCC champions Jason Plato, Matt Neal and Gordon Shedden, and current McLaren F1 star Lando Norris.

Autosport.com subscribers and magazine readers will be able to vote for the nominee they think performed best in each category during the season. The winners will be announced in December, again across multiple digital platforms, as well as Autosport magazine, which is celebrating its 70th birthday in 2020.

To have your say on the 2020 winners, go to awardsvoting.autosport.com

Phil Keen
Keen missed out on the British GT title again, but remained the championship's star performer in 2020. Despite an influx of young talent, the 37-year-old was still the benchmark. As well as his two wins alongside Adam Balon, Keen also set fastest lap in seven of the nine races in a Barwell-run Lamborghini.

Harry King
Twelve wins from the 16 races, 13 fastest laps, unbeaten in qualifying until the finale and a driving style that rings every bit of performance out of the Porsche Carrera Cup GB car. King has been spectacular to watch and enjoyed incredible success this season, winning the title at a canter.

Ash Sutton
With the old BMR Subaru BTCC team effectively folding at the end of last season, it was a risk for Sutton and mentor Warren Scott to transfer the BMR engineering staff to Laser Tools Racing's new Infiniti project. But Sutton drove the wheels off it, was the BTCC's master overtaker, and was a deserving champion.

Colin Turkington
The old Turkington/WSR/BMW combination has been the one to beat in the BTCC and the Northern Irishman only narrowly missed out on a fifth crown in 2020. As usual, he was the king of maximising the points while on heavy success ballast. He remains the classiest performer in the series.

Autosport unveils Rally and Rookie of the Year Awards nominees