Marquez's fourth premier class world title was one of his hardest-earned yet, as he had to battle back from a poor start to the season.

Grappling with a difficult Honda, Marquez languished 37 points away from the championship lead after six of the 18 rounds - having taken just two podium finishes at that stage.

But resurgent form in the second half of the year allowed Marquez and Honda to overcome surprise title rival Andrea Dovizioso and earn his fourth title in just five seasons in MotoGP.

Marquez could not attend the Autosport Awards in person as he was at Honda's annual 'Thanks Day' event in Japan, but he was presented with the trophy there by ex-Formula 1 driver Jenson Button.

"It's a pleasure to receive this award," said Marquez in a video from Motegi.

"Unluckily I cannot be here with all of you but we have a great event here in Japan with amazing fans who supported me all season.

"Thanks again for this amazing award, I will keep it with me and I promise you that I will keep going - full gas, always." 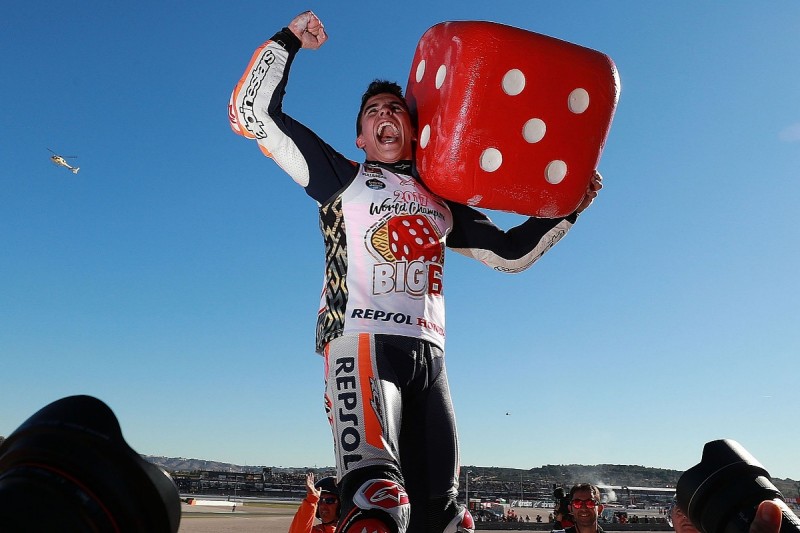 Dovizioso was another of the finalists in the Rider of the Year category, having produced the performance of his life on a Ducati few expected to be a title contender in 2017.

Though Dovizioso equalled Marquez with six race wins and took the championship fight to the wire, he fell just short of becoming Ducati's first champion since Casey Stoner a decade earlier.

Though Rossi and Vinales both dropped out of championship contention before the finales, Vinales had taken control of the early part of the season in his first year at Yamaha and Rossi startled the paddock by returning to MotoGP action only 22 days after breaking his leg in a motocross accident.