Mercedes driver Hamilton was first presented with the International Racing driver prize in 2007 and his '17 success marks the fifth time he has been recognised with the honour.

After he was beaten to the title last year by Nico Rosberg, Hamilton emerged from a tussle with Ferrari's Sebastian Vettel in the 2017 drivers' championship to claim his fourth crown.

A ruthless second half of the season, which included five wins from six races after the summer break, allowed Hamilton to seal the title with two rounds to spare.

He ended the campaign with nine victories, and also broke the record during the season for the most pole positions in F1 history.

Hamilton was not available to collect the awards in person, but sent a video message to acknowledge his awards.

"I wanted to send a message to thank Autosport and thank the fans for voting for me," he said.

"I want to congratulate all the nominees and all the other winners this evening.

"It's great to see England producing such great talents still." 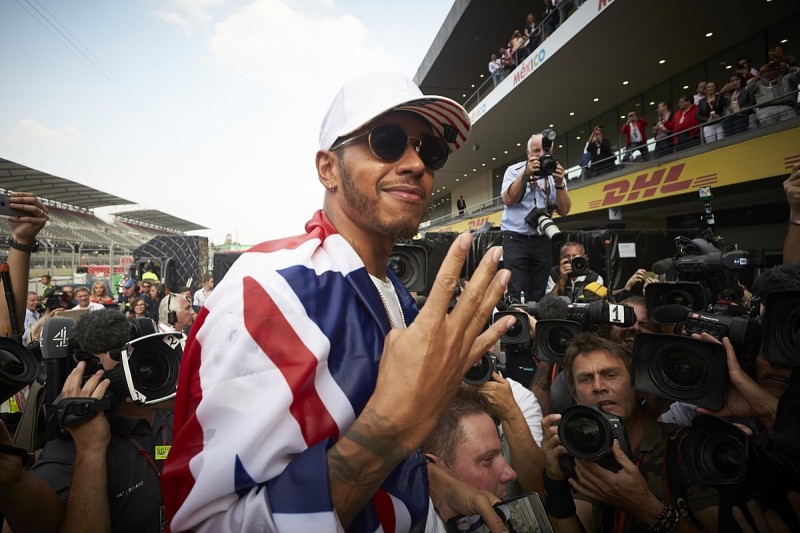 Vettel was among the other nominees for the International Racing Driver award, alongside fellow F1 drivers Max Verstappen and Fernando Alonso - who also contested the Indianapolis 500 in May.