While Charles Leclerc found an instant affinity with ground-effects, Carlos Sainz took his time adapting to the twitchy Ferrari F1-75. He was too slow against his team-mate and too error prone. His spin into the Melbourne gravel was particularly poor.

But from Canada in June onwards, he started to fulfil his brief as Ferrari’s tacit number two before bagging his first F1 pole and win at Silverstone.

After the summer break he was better still, often matching his partner in qualifying and notably outperforming his effective opposite number at Red Bull, Sergio Perez. 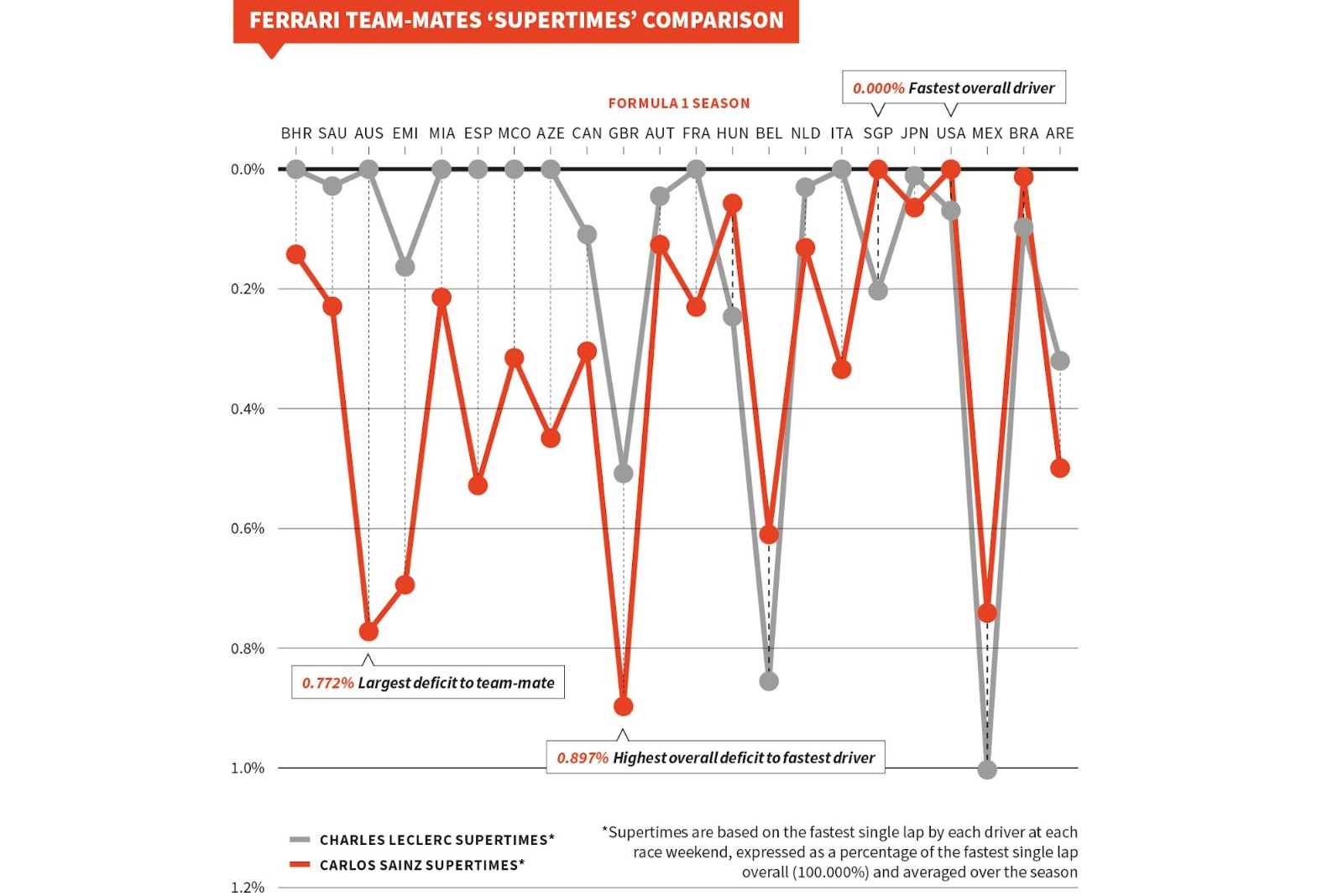