Last year, BMR’s redesign of the Laser Tools Racing Infiniti Q50 had not been fully honed prior to the British Touring Car Championship season, owing to the loss of testing amid the COVID-19 pandemic.

Ash Sutton was drawn into a straight fight for the title with Colin Turkington, and he made some mistakes.

In 2021, the refined Infiniti hit the ground running, and Sutton spent most of the year defending a points advantage. This he did beautifully, despite arriving at the bulk of events with the full 75kg of success ballast.

Sutton’s performance in managing the sporting format of each weekend was a masterclass, and he fully deserved to seal a third title one race early.

How Sutton compares to the BTCC greats

It was a random digression with a former British Touring Car Championship great that revealed that the name ‘Ash Sutton’ has permeated beyond the indigenous NGTC ghetto in which the series currently finds itself.

Autosport had called up two-time champion James Thompson to get some memories of his good buddy Gabriele Tarquini for a column celebrating the much-loved Italian upon his retirement from racing. Thompson, now living in Ibiza, still very much follows the BTCC, and the subject of the conversation moved onto the series’ current top-liners. It was interesting that Thompson, a veteran of the works Vauxhall and Honda teams during the halcyon Super Touring era, agreed that Sutton – had he been born two decades earlier – would have very much belonged in the big-money factory squads. 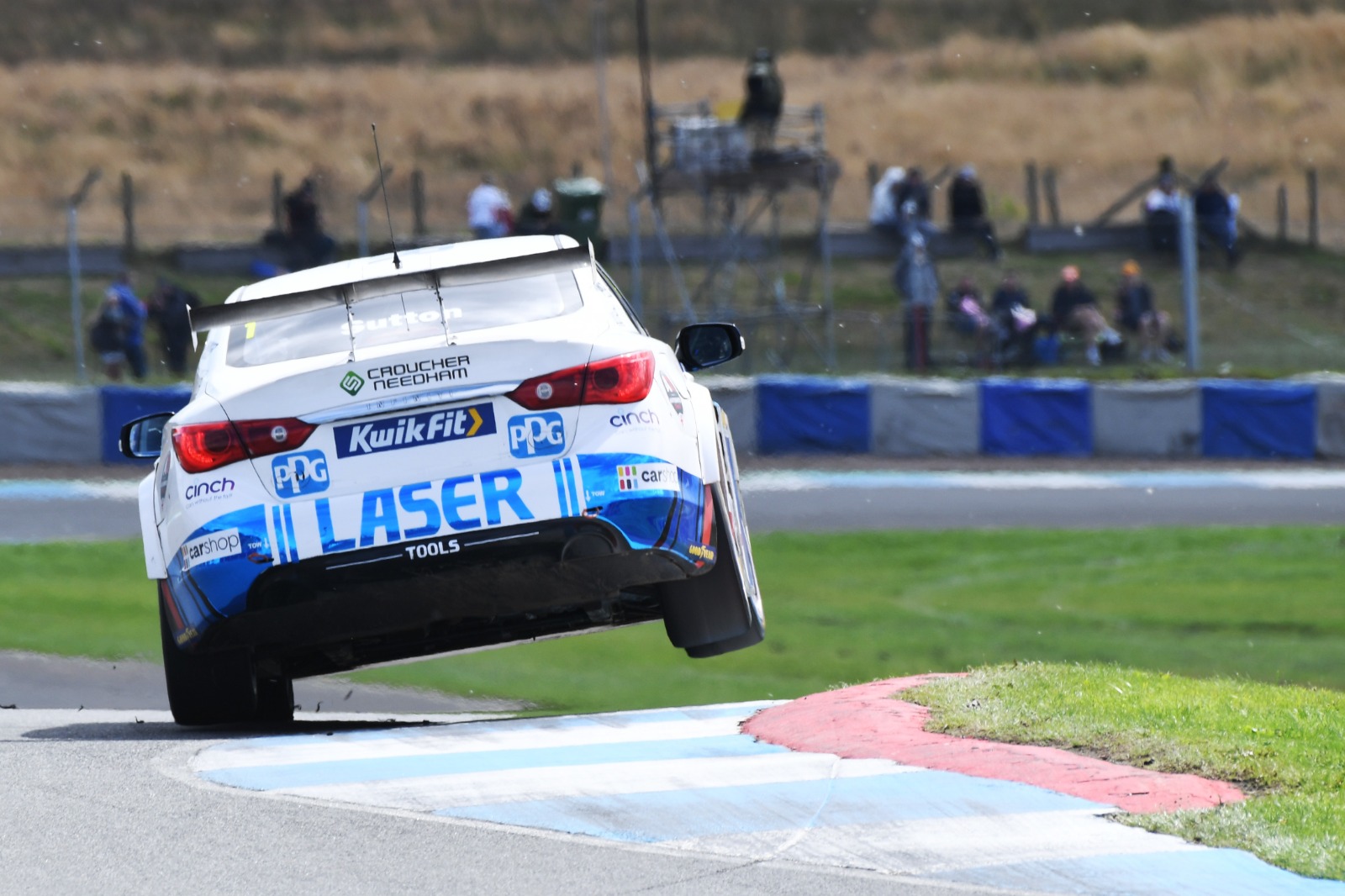 He also talked up Colin Turkington – when Thompson went to the World Touring Car Championship with Alfa Romeo in 2005 as the reigning BTCC king, he recommended the Northern Irishman to Vauxhall works team Triple Eight as his replacement. And that’s exactly what happened.

Where does Sutton, now a three-time BTCC champion, stack up among the series’ all-time greats? It’s fair to put him on the NGTC pedestal alongside Turkington and Gordon Shedden, and all of them ahead of the multiple champions from the multi-class pre-1990s (with the exception of Andy Rouse). Would any of them rival Super Touring kings such as Laurent Aiello, Alain Menu and Rickard Rydell? It’s tough to say, because such were their international reputations that their top-line BTCC careers were relatively brief compared to, say, Turkington’s.

Two of Sutton’s titles have come at the wheel of the BMR-redesigned-and-engineered Infiniti Q50; one in the BMR Subaru Levorg – both rear-wheel drive and with the concept of the Infiniti very much based on that of the Subaru. Only his rookie BTCC season has been in a front-wheel-drive NGTC car (the Triple Eight MG6 in 2016). What would be really fascinating would be to see Sutton get another opportunity to show his talent and flair in a car of this format. If he won a title with FWD, there’d be absolutely no doubt that he is one of the all-time greats…