The Chinese Grand Prix's Formula 1 history is littered with incidents that could be considered bizarre, controversial, and sometimes decisive in the destiny of the world championship

The Shanghai circuit has featured at each end of the calendar since it joined the schedule in 2004, initially starting as a late-season race before switching to join the run of early-flyaways grouped with Australia and Bahrain.

This year it is the third of that clutch of events, so ahead of this weekend's race let's revisit some memorable moments:

BAR gets the blues 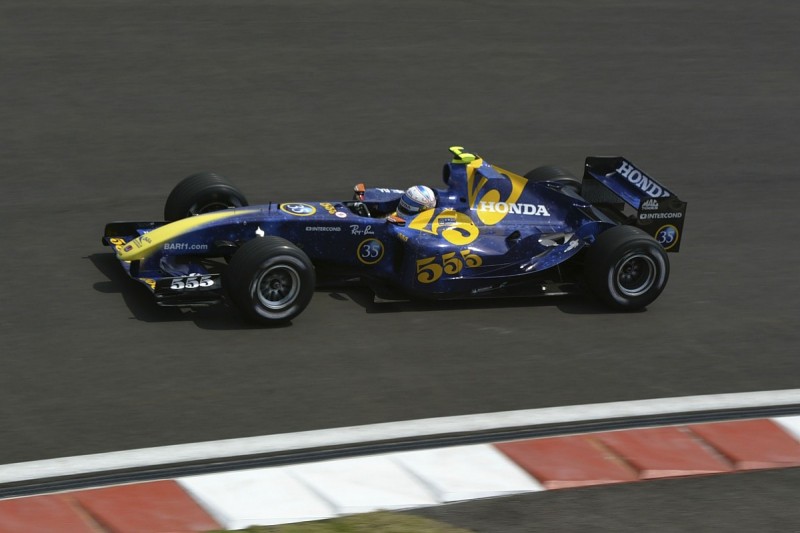 British American Racing famously tried to run cars in two different liveries when it joined the F1 grid in 1999, but that plan was blocked by the FIA so for its first season it ran a half-and-half 'zipper' livery.

After that, its 555 branding made way for Lucky Strike as the sole title sponsor, but in the early years of the Chinese Grand Prix the blue brand was called back into service as it was so popular in that market.

When teams were allowed to run a third car in free practice, BAR went to the extreme with its 555 colours for Anthony Davidson.

World champion in the way 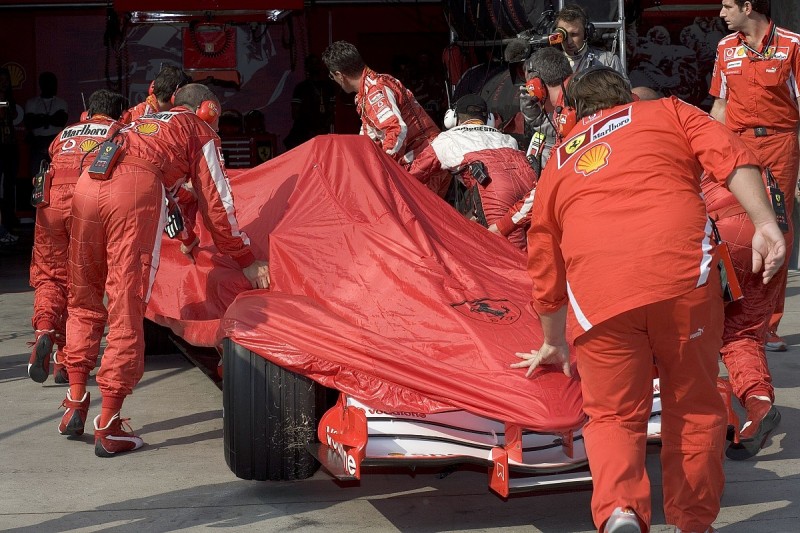 Michael Schumacher's 2005 season was largely forgettable as Ferrari struggled to be competitive, and he was caught up in an incident that summed the year up ahead of the Chinese race that year.

The reigning world champion was in the wars before the start, when he drifted across into the path of the Minardi of Christijan Albers as both were on an exploratory lap from the pits to the grid.

Both cars suffered heavy damage and the drivers were forced to start from the pits, but Schumacher's race lasted just 22 laps before he spun off behind the safety car and was forced into an embarrassing retirement. 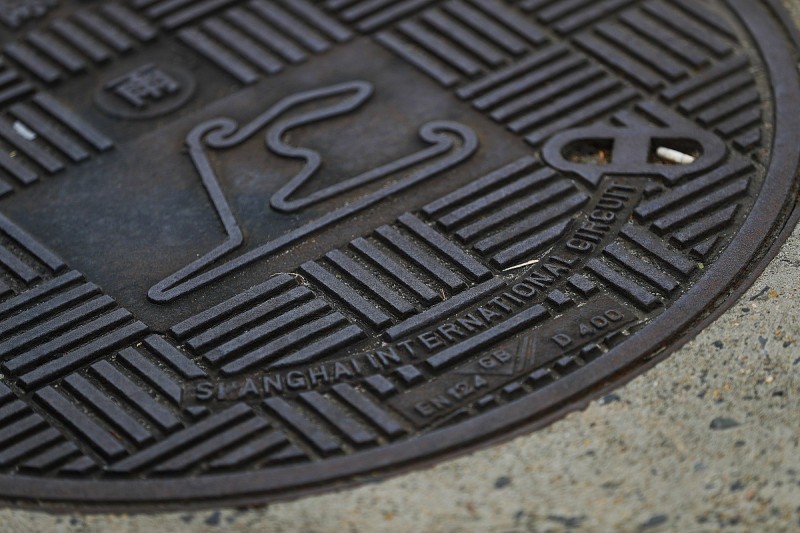 Another bizarre moment from the second Chinese GP: while running in the leading pack, Juan Pablo Montoya hit a drain cover that was sticking out from one of the kerbs, damaging his tyre.

As the McLaren man pitted, before later having to retire, the race was placed under safety car conditions, with teams informing their drivers to avoid the kerb in question because they didn't know if the drain had been replaced or if it had left a big hole! 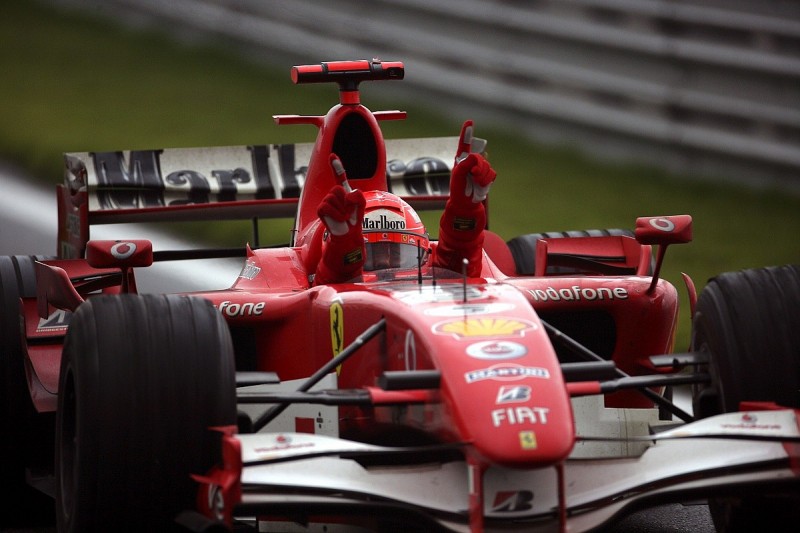 Lewis Hamilton needs a few more phenomenal years at the top of the Formula 1 tree to match Michael Schumacher's record of 91 wins, the last of which came in China in 2006.

In mixed conditions, Schumacher came out on top in a fierce and tactical battle with the Renaults of Giancarlo Fisichella and title rival Fernando Alonso to take the win and move level on points with the Spaniard at a crucial time in the title battle.

After losing ground in the middle of the race Alonso charged from 24 seconds down to just three adrift at the finish, but Schumacher didn't put a wheel wrong as the pressure mounted. 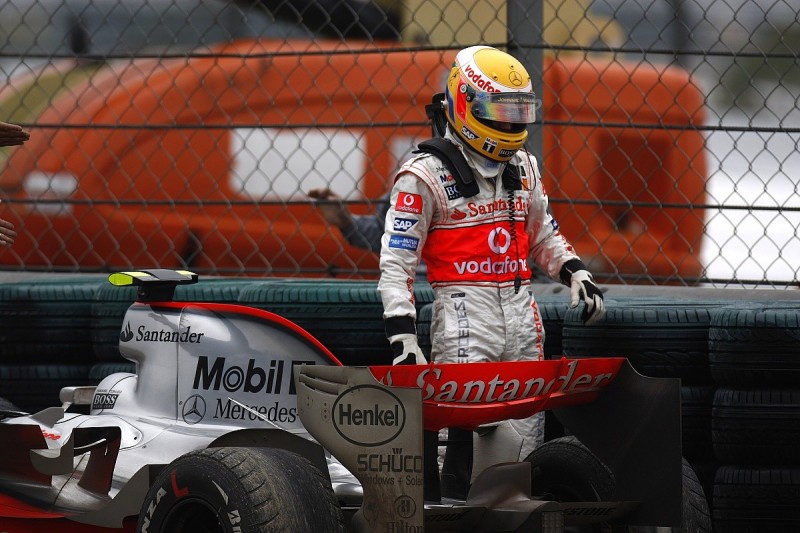 You only get one shot at becoming a rookie Formula 1 world champion, and Lewis Hamilton's bid to achieve that started to unravel in China in 2007.

The McLaren driver went into the penultimate race of the season with a 12-point lead - back in the days of only 10 points for a win - but instead of sealing the crown early he felt it begin to slip through his fingers with one of the slowest exits from a grand prix.

Trying to stay out on heavily worn wet tyres waiting for more rain to pass, when Hamilton was eventually called into the pits he didn't even have enough grip to complete the tight left-turn in the pit entry.

Hamilton slid into the gravel at painfully low speed, and his race was run. A disastrous finale in Brazil was what really cost him the title, but that could have all been avoided had this race panned out the way McLaren hoped. 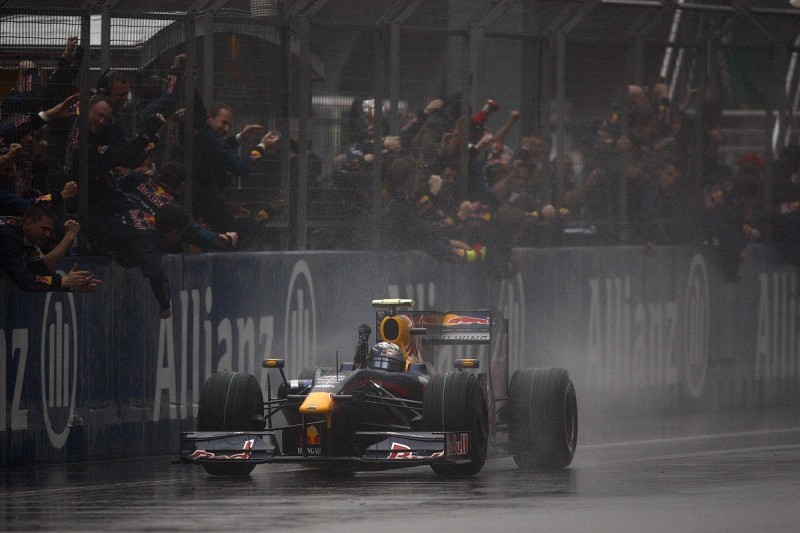 The change in F1 rules for 2009 enabled Red Bull to catapult itself from midfield contender to frontrunner, and at just the third race of the year the team took its first victory in style.

Bad weather played its part again, as it has so often in China, but Sebastian Vettel and Mark Webber took a comfortable one-two, more than half a minute clear of the rest of the field, to announce the Milton Keynes team's arrival as a serious player.

Red Bull missed out on the world championship that year, but it made up for it by winning the next four. 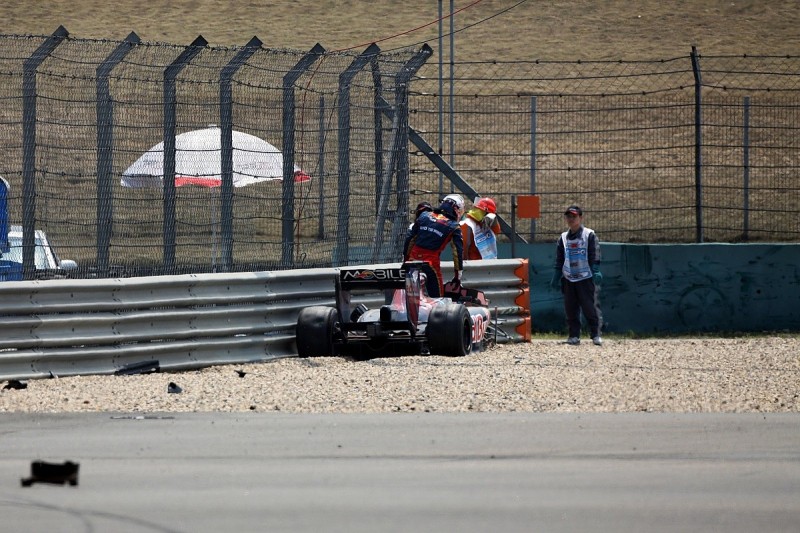 When you get to the end of the longest straight in Formula 1, your first hope is that everything holds together to get you slowed down safely for the hairpin at the end of it.

Brake failure or a sticking throttle would be the worst outcome to suffer, but your front two wheels popping off the car almost simultaneously wouldn't be far down that scary list.

That's exactly what happened to Toro Rosso driver Sebastien Buemi in 2010 during free practice. Fortunately he didn't hit anything too hard and he was able to breathe a sigh of relief at a lucky escape.

And to his credit, he did try to keep steering even after the wheels had disappeared from his car. 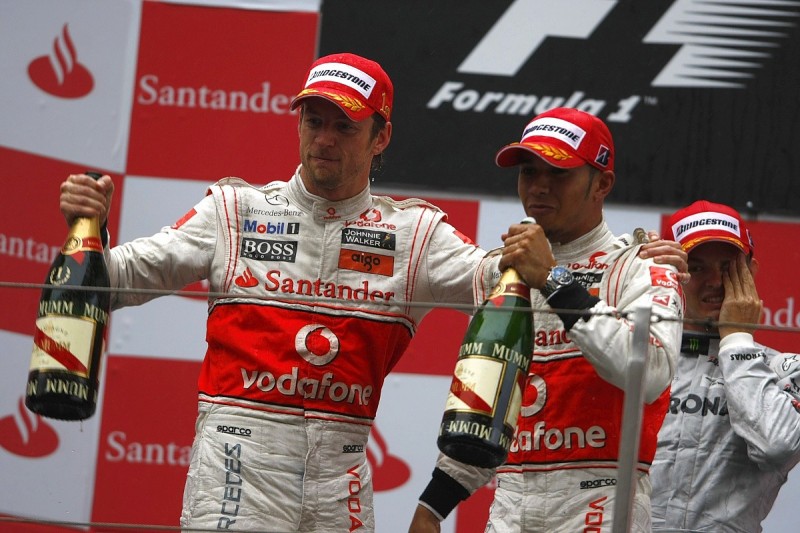 Many people questioned the wisdom of Jenson Button in joining Lewis Hamilton's McLaren team as the reigning world champion in 2010, but after four races he had two wins to his name already.

The second of those victories came in China, and required all of Button's finesse to hold off Hamilton to the chequered flag.

For the second half of the race the two McLarens were rarely separated by more than a few seconds, and by the end - as both hung on with worn tyres and the rain increased - there was just 1.5 seconds between them. 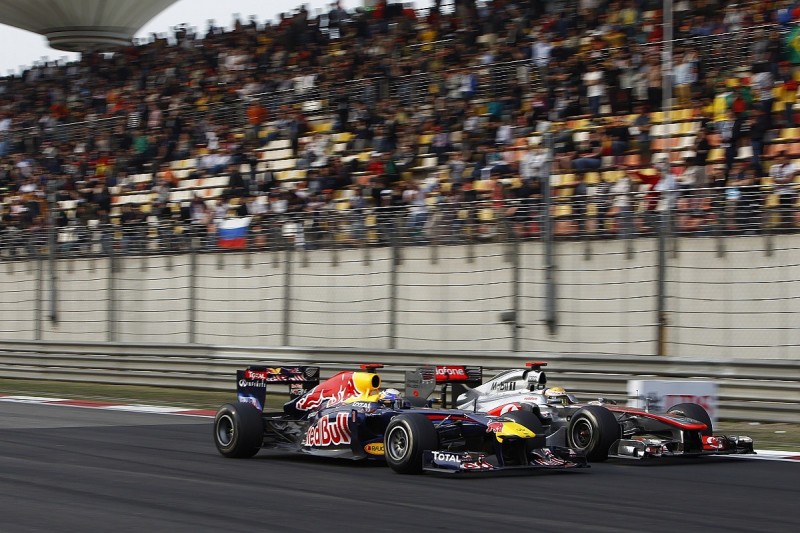 Pirelli's fragile tyres were supposed to repeatedly create nail-biting finishes decided by tyre strategy gambles, and while that hasn't happened as often as hoped, in China in 2011 we got a perfect example of it.

Three-stopper Lewis Hamilton was the winner, catching and boldly passing two-stopping polesitter Sebastian Vettel with four laps to go thanks to his fresher tyres.

Mark Webber used tyre strategy to pull off some heroics of his own, climbing from 18th on the grid to finish third. 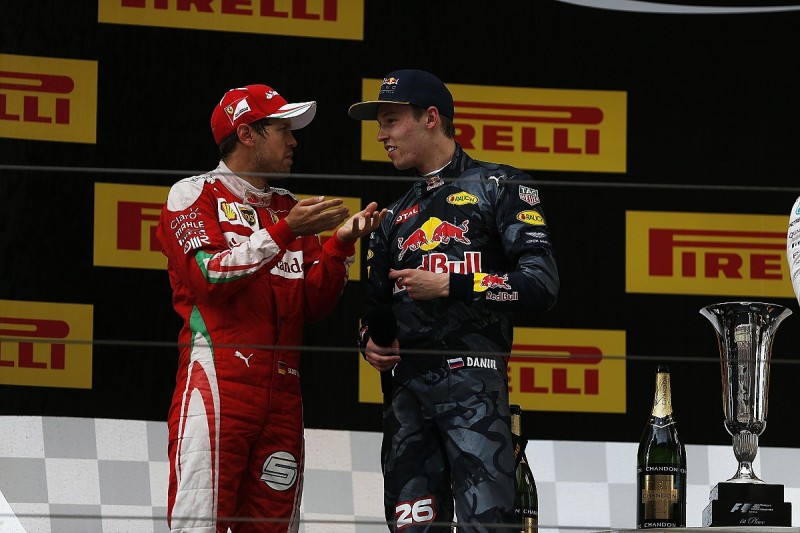 Daniil Kvyat felt the wrath of Sebastian Vettel after the 2016 Chinese race, when the Ferrari driver gave the Russian the 'torpedo' nickname that unfortunately stuck from then on.

Kvyat had gone down the inside of Vettel at the first corner on the start, leading to a collision between the two Ferraris on his outside that Vettel blamed on the Red Bull driver.

The two then shared a heated exchange before joining race winner Nico Rosberg on the podium, and at the next race they collided again at the start in Russia.

Motorsport Jobs: Why work experience is key to getting noticed