Shane van Gisbergen dominated of the seventh round of the Supercars All Stars Eseries with a win at Charlotte followed by a pair of victories on the Daytona road course to take the points lead off Scott McLaughlin.

After beating Tickford driver Cam Waters in the opener at Charlotte's oval circuit, the Kiwi prevailed in a classic battle in the first of the two Daytona races against Anton De Pasquale.

The pair were inseparable throughout the race. Van Gisbergen led the first stint, De Pasquale attempting the undercut by stopping on lap 4. It worked too, the Erebus Holden driver taking the lead after van Gisbergen stopped a lap later.

But De Pasquale's lead didn't last long, as 2016 Supercars champion van Gisbergen reclaimed the lead on lap 7 before charging to his second win of the night by just a tenth.

Defending series champion McLaughlin, who had two spins in the Charlotte opener, finished down in seventh after a second drama-filled race for the night. It started when he missed his braking marker into the bus stop and was hit with a slow-down penalty that dropped in back into the pack, before being punted by Scott Pye at Turn 1.

That forced him outside the top 10, the DJR Team Penske driver using a long first stint to recover the ground lost. 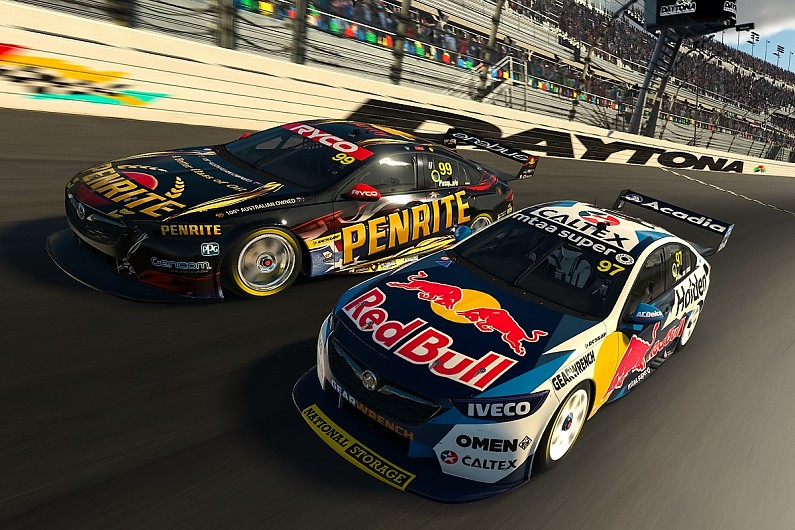 It was a tough round for McLaren Formula 1 star Lando Norris, making his third wildcard appearance in the Eseries.

Following his win last week at the Circuit of the Americas, the British driver could only manage a 14th, 18th and last place finish, getting tangled up in a crash while fighting for the lead in the first race.

At the front, van Gisbergen was then given an easier task for the finale when De Pasquale failed to grid up in time for the race.

That left the pole-sitter with little in the way of competition, van Gisbergen cruising through his two mandatory stops to take his second win by a comfortable four seconds.

The battle was second was significantly more exciting. Mostert had run second across the first two stints, but found himself trailing Jacobson after the second round of stops.

He also emerged from that second service under pressure from McLaughlin, who had gone for an undercut.

However, Mostert was able to not only stave off McLaughlin but get back past Jacobson, the trio separated by just three-tenths at the flag.

De Pasquale put in a huge drive from pitlane to finish fifth, just over a tenth behind McLaughlin. He did get some help on the last lap from David Reynolds, who didn't put up much of a fight over fifth spot. 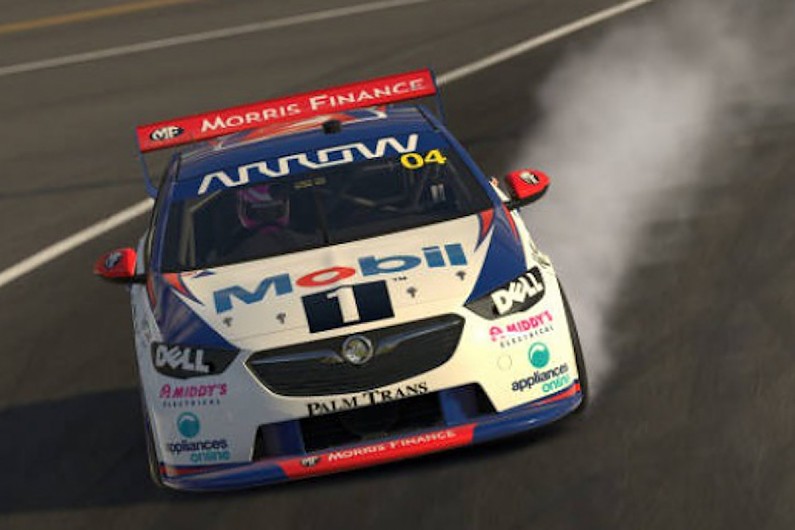 The clean sweep has vaulted van Gisbergen into the series lead, his advantage 64 points over McLaughlin.

The Supercars All Stars Eseries continues next week with races on the Imola and Interlagos circuits.

Supercars All Stars Eseries is streamed live and free on Autosport.com and Motorsport.tv.