Juri Vips says he was “pissed off” a terrible pitstop in the FIA Formula 2 feature race in Bahrain cost him an “easy victory” after finishing in third.

The Hitech Grand Prix driver had been running comfortably in first during Sunday’s race having taken the lead off the startline.

But he had a disastrous pitstop on lap 14, with mechanics struggling to fit a new front left tyre before he was dropped off the jack while the wheel change was ongoing.

It cost the Red Bull junior 10 seconds, putting him back on track in 12th, before he managed to fight his way back through the field to take third place.

Speaking after the race, Vips said the team “could have been comfortably been leading the championship” without the issues he faced both today and in Saturday’s sprint race.

He said: “Very disappointing today, easy win, by far the fastest on both compounds.

“It’s just a silly little error at the pitstop which cost us the win today but it is what it is, we have another race coming up in a week so it’s alright.”

Asked if his podium position was any consolation for the incident, he said: “Not really consolation, no.

“It’s good that we got to finish the race but pissed off because we threw away an easy victory. I guess it’s better than not finishing, but it’s not nice.” 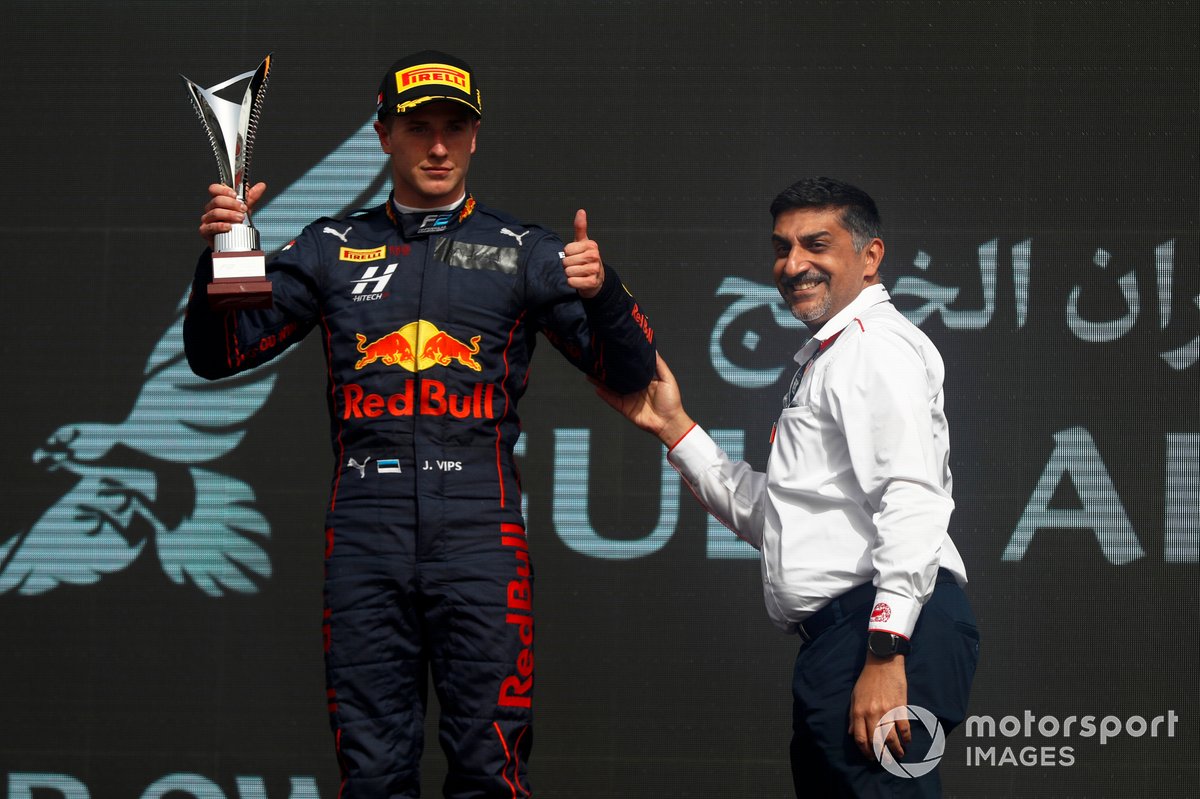 Vips finished Saturday’s reverse-grid sprint race in seventh, with a clutch issue hampering his progress. It is his third year in the series, having competed with DAMS in 2020 before moving to Hitech the following year. He took two wins and six podiums in 2021, finishing sixth overall.

Hitech sits second to Carlin in the teams’ standings with 28 points after the opening weekend of the season.

Vips said: “If you look at this weekend, we could have been comfortably been leading the championship with a big margin.

“Not a big margin, can’t say big margin because you barely score in the sprint race.

“But yesterday we had a clutch issue in the sprint race, I don’t know how many positions in the end it cost us but probably a couple of points we lost there, and we lost an easy victory today.

“So if we just iron out these mistakes, which we really need to do if we want to fight for anything, then I think we have a very good shot. The car was very, very good this weekend.”