Formula 2 drivers may have to adapt their style to suit the championship's new turbocharged car in 2018, according to Formula 1 reserves George Russell and Jack Aitken

The second-tier series is introducing the V6 turbo-powered F2 2018 car for this year, its first new car since the 2011 GP2 season.

Although F1 has used turbocharged engines since 2014, F2 has had naturally aspirated powerplants since its inaugural season in 2005, when it was known as GP2.

The F2 teams recently conducted a shakedown at Magny-Cours where the drivers sampled the car on-track for the first time.

"One thing that was interesting for the drivers and the teams to learn was about the turbo," Mercedes junior Russell told Autosport.

"That's dramatically changed the effect of [how] the power is produced and has output into the tyres and [how it's given] into the engine.

"So that is something the teams and drivers need to learn and we may need to adapt our style to compensate because for all of the drivers it's kind of the first time driving with a turbo engine - except the guys who have done F1 running.

"But that's very interesting and the speed on the straights does feel good and positive from the turbo. So that's quite exciting." 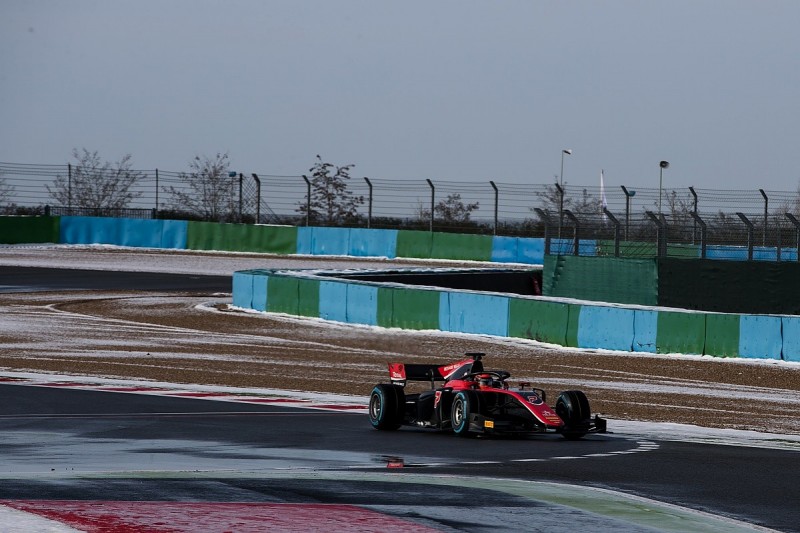 Aitken, Renault's F1 reserve for 2018 and Russell's F2 team-mate at ART Grand Prix, added that the drivers would need to learn how to sensibly apply the power, especially in wet weather.

Of the 15 F2 drivers so far confirmed for 2018, seven have experience driving turbocharged F1 cars.

"You have to really control the torque quite a lot and be careful with it," Aitken explained to Autosport.

"It's going to be quite interesting, especially if we have some wet races or anything like that this year, [as] obviously that makes it much worse."

Fortec Formula 2 entry on hold for one year