Ralph Boschung will remain in Formula 2 for a second season in 2018, having agreed a deal with Dutch outfit MP Motorsport

The 20-year-old was a race winner in GP3 and previously the now-defunct Formula BMW Talent Cup and ADAC Formel Masters championships, and entered F2 last year with Campos.

He scored 11 points and finished 19th in the standings, having sat out the season finale in Abu Dhabi.

He ran with MP and Arden in post-season testing at the same venue.

"I'm really happy to be joining MP Motorsport for my second season in Formula 2," Boschung said.

"We cooperated very well during our day together at Yas Marina, and this gave me the confidence that we can do well in 2018.

"With the new car, it's a level playing field for everyone, and MP has the staff to get the most out of a new chassis. It will be an amazing season."

MP Motorsport finished seventh in the teams' standings in 2017, and scored its second ever victory in the category courtesy of rookie Sergio Sette Camara, who has since switched to Carlin.

Boschung's announcement means DAMS is the only F2 team that has not yet announced at least one of its 2018 drivers.

"It's great that Ralph will be part of our Formula 2 team for 2018," said MP team boss Sander Dorsman.

"He has shown good speed in his first season in F2, and I'm certain that we can convert his speed into more solid results.

"Our post-season test with Ralph went very well. We are convinced that we can build on that form to produce a consistent points-winning run in the season ahead." 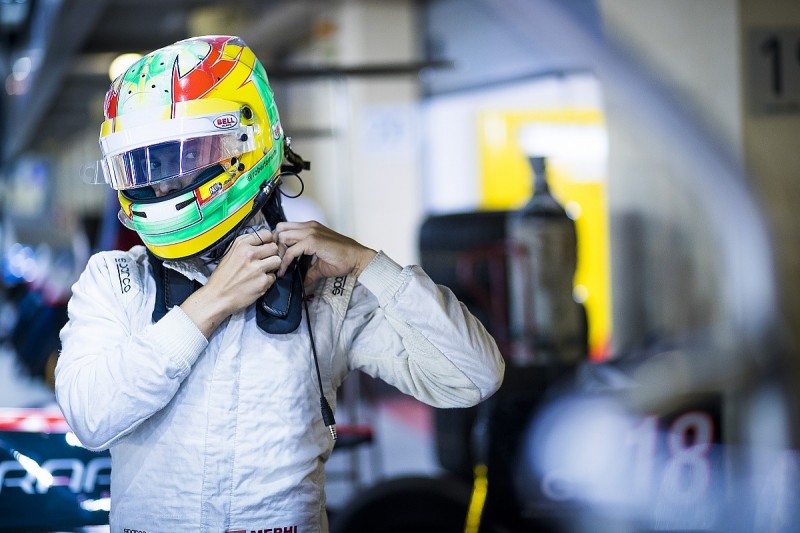 MP has also confirmed it will field former Formula 1 driver Roberto Merhi in pre-season testing at Paul Ricard, which kicks off on Tuesday.